In 1983, Pendleton became paralyzed from the waist down due to an automobile accident. She spent the rest of her life in a wheelchair. Post accident, Pendleton returned to school, eventually earning a Bachelor's and Master's degree in Psychology. She worked at a shelter for battered women and served on the board for the California Association of the Physically Handicapped. 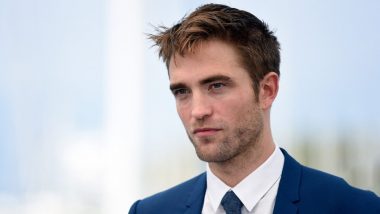 "The Lighthouse", which will release internationally on October 18, has been earning praise on the festival circuit since premiering at the film fest in Cannes in May. Director-writer Robert Eggers won an International Federation of Film Critics (FIPRESCI) Prize.

Pattinson and Dafoe play two lighthouse keepers isolated on a small island who begin to grapple with their sanity.

If Dafoe were to be nominated, it would be his third consecutive nod after last year's "At Eternity's Gate" and 2017's "The Florida Project". He was also previously nominated for "Platoon" and "Shadow of the Vampire".

While the film is very much a two-hander, Pattinson, who has never been nominated for an Oscar, has more screen time and his character serves as the audience's point of view.

(The above story first appeared on LatestLY on Oct 08, 2019 03:59 PM IST. For more news and updates on politics, world, sports, entertainment and lifestyle, log on to our website latestly.com).