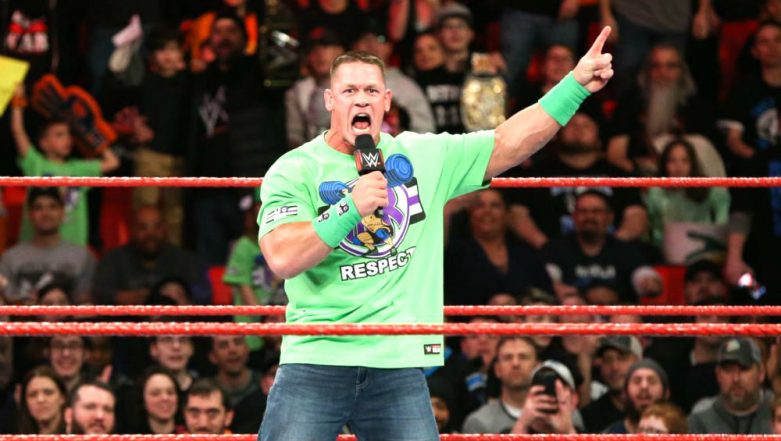 Los Angeles, April 18: Actor-wrestler John Cena is circling a role in the upcoming "Suicide Squad" sequel. According to sources, Cena is in talks to join actors Idris Elba and Margot Robbie in the follow-up to 2016's "Suicide Squad", reports variety.com. Robbie is set to return as Harley Quinn and Jai Courtney is back as Captain Boomerang. Will Smith Will Not Return As Deadshot for ‘Suicide Squad’ Sequel.

It was first reported that the studio Warner Bros decided to have Elba play a brand-new character instead of taking on Deadshot, a character portrayed by actor Will Smith in the first film. It's currently unknown who Cena and Elba will be playing. James Gunn will write and direct the movie. It is scheduled to hit the theatres on August 6, 2021.

The film will mark Cena's first comic-book role. Cena made his foray into acting after years as one of the top WWE (World Wrestling Entertainment) stars. Cena's latest big-screen roles include "Blockers", alongside Leslie Mann and Ike Barinholtz. He was also seen in movies including "Transformers" spinoff "Bumblebee" with Hailee Steinfeld. James Gunn’s Brother Sean Gunn to Join The Suicide Squad? The Actor Reveals the Truth.

Cena has been tapped by fellow WWE alum Dwayne Johnson to star in "The Janson Directive". He will also voice a character in fantasy-adventure "The Voyage of Doctor Dolittle", co-starring Robert Downey Jr. and Selena Gomez.