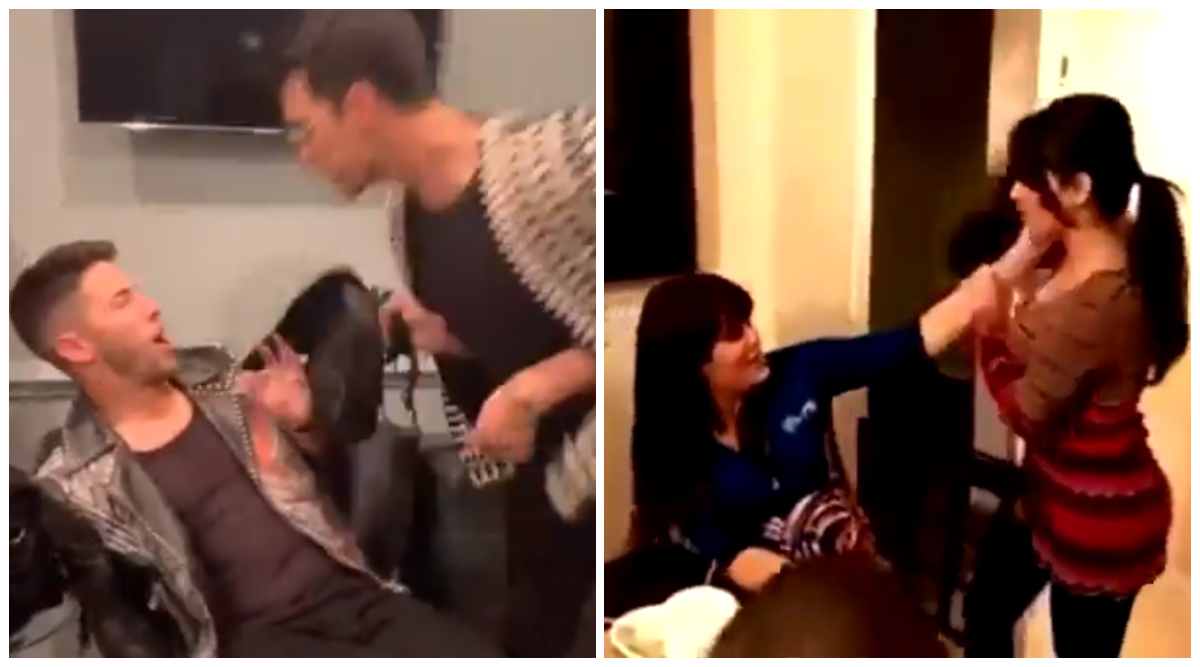 The question is...is anybody ever able to Keep Up With The Kardashians? Well, Jonas Brothers are certainly trying to. We do not know if they are actively following the lives of the famous sisters, but they know just enough about them to recreate an iconic fight. The Jonas Brothers are having a gala time on TikTok, ever since they have joined the video sharing app. Recently, they recreated an iconic Kardashian sisters fight for comedic purposes, of course. In 2008, when on an episode of Keeping Up With The Kardashians, Kim slammed the door open, entered the room and started hitting her sister Khloe with her purse, and repeatedly yelled "Don't be f*cking rude!"

It was a legendary scene. A tough competitor to "Kim, there's people that are people dying." In Jonas Bros' TikTok, Joe assumes the role of Kim, perfectly matching her vibe and aura. Nick is Khloe, a victim to beating from a purse slinged by his brother. Kevin also walks into the frame, for a quick appearance - perfect Kourtney.

Check Out The Original Clip From KUWK Here:

Isn't that hilarious? We want to see more of such wholesome content from the Jonas Brothers on TikTok.

Earlier, Parineeti Chopra had pulled her brother-in-law Nick's leg after he messed up in a TikTok. Nick did not let it show on his face that he has screwed up the step, which Parineeti found endearing but also very funny.