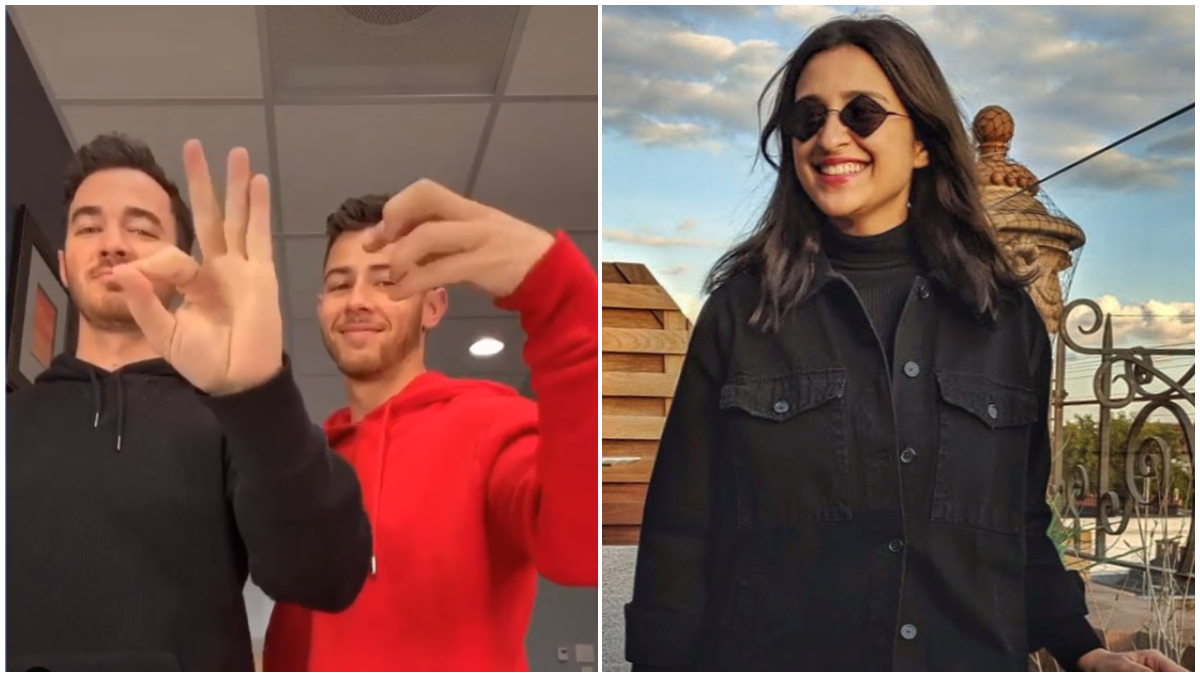 The Jopras are an entertaining family. In the latest, Parineeti Chopra pulled her brother-in-law Nick Jonas' leg. So, Nick recently made his debut on the popular video-sharing app, TikTok. He is probably still getting the hang of this new world. He shared a TikTok video, with brother Kevin Jonas, on Instagram. He pretty much screwed up what the boys were intending to do in the video. But he did not let it show on his face. Something, that Parineeti pointed out. She wrote, "Expression did not change even after messing up. #Confidence," It took even us a second viewing to realise what Nick had done. Parineeti Chopra Lip Syncs Jonas Brothers’ ’Sucker' Song and Nick Jonas is all Hearts for It - Watch Video.

Nick had captioned the video, "Nailed it," How cute! Maybe this confidence is what Priyanka Chopra fell for in the first place and married this handsome dude. Nick Jonas' Karwa Chauth post on Priyanka Chopra Is Adorable, And Now Parineeti Chopra is Awaiting Her Turn. 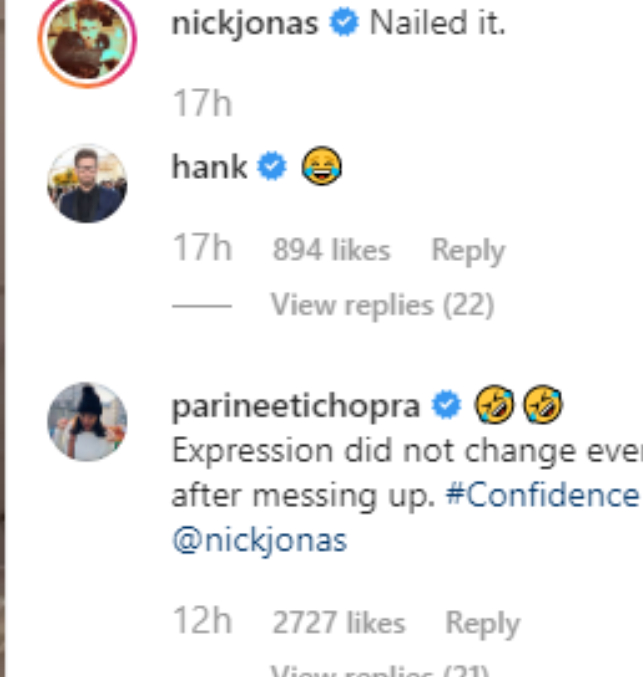 The banters between Parineeti and Nick are popular amongst fans. When Parineeti had revealed what she received as gift from her 'jiju' after the joota chupai ritual at his wedding, fans were left impressed. "They were more than ready because when the time came, he literally just signalled to someone and all of us cousins looked at the back, and there was this guy with a giant tray full of diamond rings and all of us got diamond rings and the bridesmaids got a lot of gifts. So I am proud to show off that Nick jiju is very generous," she had revealed.

On the work front, Parineeti will be next seen in the adaptation of The Girl On The Train with Aditi Rao Hydari and Kriti Kulhari. She has also been shooting for the Saina Nehwal biopic. She recently walked out of Bhuj - The Pride of India, and was reportedly replaced by Nora Fatehi. Parineeti's has also shot for YRF's Sandeep aur Pinky Farrar, directed by Dibaker Bannerjee, which has been in the post-production hell for a long time now.