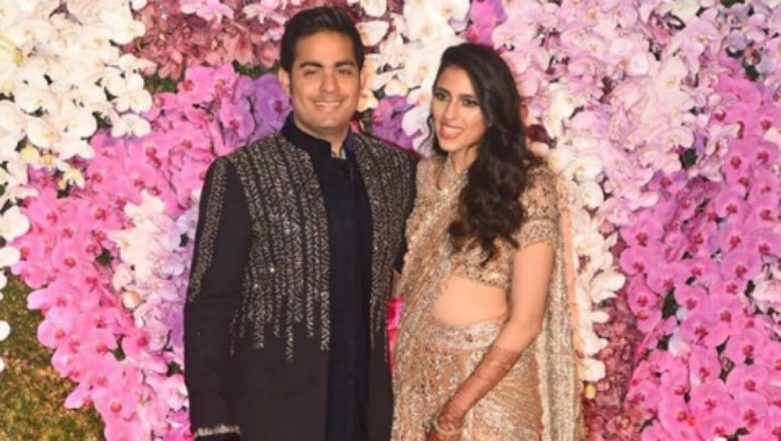 Akash Ambani and Shloka Mehta got hitched yesterday in a grand ceremony. Tonight, the Ambanis are hosting a party celebrating the newlyweds followed by a reception being held tomorrow. The party has just started and Akash and Shloka made quite an entry. The groom was seen wearing a black sherwani with sequenced work on it while Shloka chose to wear a shimmery gold saree. They looked too happy, like all newlyweds do, as the paparazzi clicked them. Akash Ambani - Shloka Mehta Wedding Party Live Updates: Diana Penty and Kiara Advani Arrive.

From hosting a pre-wedding ceremony in St Moritz, Switzerland to having a grand wedding in India followed by an extravagant reception, Ambanis and Mehtas have definitely redefined what a big fat Indian wedding means. While Isha Ambani's union with Anand Piramal was an example in itself, the families went a notch higher with this new one. Here's wishing Akash and Shloka many congratulations.