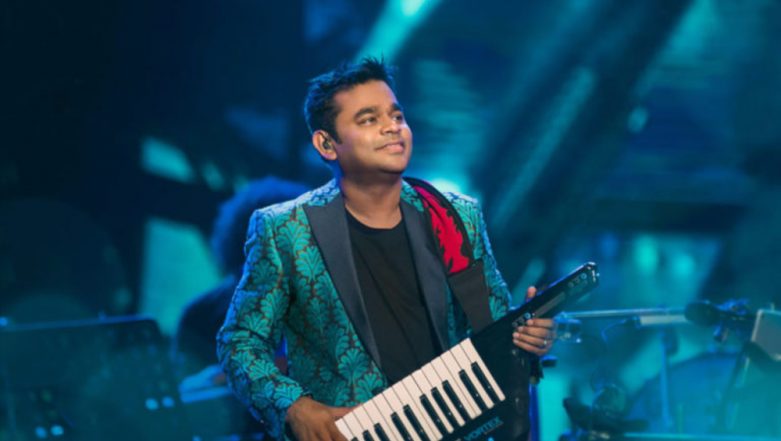 Chennai, July 13 (IANS) Music maestro AR Rahman returns as composer with Tamil superstar Vikram's next film, currently known by its working title as Vikram 58. The makers released a special poster on Saturday welcoming Rahman on board for the project, to be directed by Ajay Gnanamuthu. Vikram is collaborating with Ajay for the first time with this film. The project is slated to go on the floors in August and the makers plan to release it in April 2020. AR Rahman Composes Son Ameen’s First Single Sago

The film aims to capture a pan-Indian market, catering to not just Vikram's huge Tamil fan base, but also to the Hindi and Telugu audience. Produced on a massive scale in association with Viacom 18 Motion Pictures, the project will include several big-ticket names in its cast and crew. A first-look poster was unveiled in May, and while most details about the project are being kept under wraps, the buzz is that Vikram plays a photographer in the film. Bigil: Thalapathy Vijay to Sing for AR Rahman’s Music?

The actor currently awaits the release of the Tamil action thriller Kadaram Kondan and he also has a project with Mani Ratnam lined up. In a recent media interaction, Vikram confirmed signing Ratnam's next, a film adaptation of the Tamil epic novel, Ponniyin Selvan.