Actor Adivi Sesh is back home from hospital after recovering from dengue. The actor is currently recuperating after the illness. 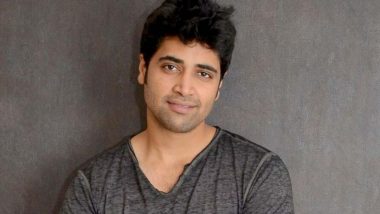 Actor Adivi Sesh is back home from hospital after recovering from dengue. The actor is currently recuperating after the illness. Sesh was admitted to Hyderabad's AIG Hospital on September 18 after experiencing a fall in platelet count. Adivi Sesh Hospitalised Due to Dengue and Low Blood Platelet Count.

In the first conversation with his fans after the illness, Sesh tweeted on Monday: "Back home. Rest & Recuperation." He also took to Instagram to share the update and wrote: "Thank you for all the good energy sent my way." Adivi Sesh: I Will Take OTT Projects if the Story Is Truly Brilliant and Beautiful.

The actor has been advised rest for a few days before jumping back into work. Sesh will soon be seen in bilingual film 'Major'. He has also started shooting of 'Hit 2', produced by Nani. Besides these two, Sesh has 'Goodachari 2' lined up, the much anticipated sequel of his 2018 film by the same name.

(The above story first appeared on LatestLY on Sep 27, 2021 03:50 PM IST. For more news and updates on politics, world, sports, entertainment and lifestyle, log on to our website latestly.com).