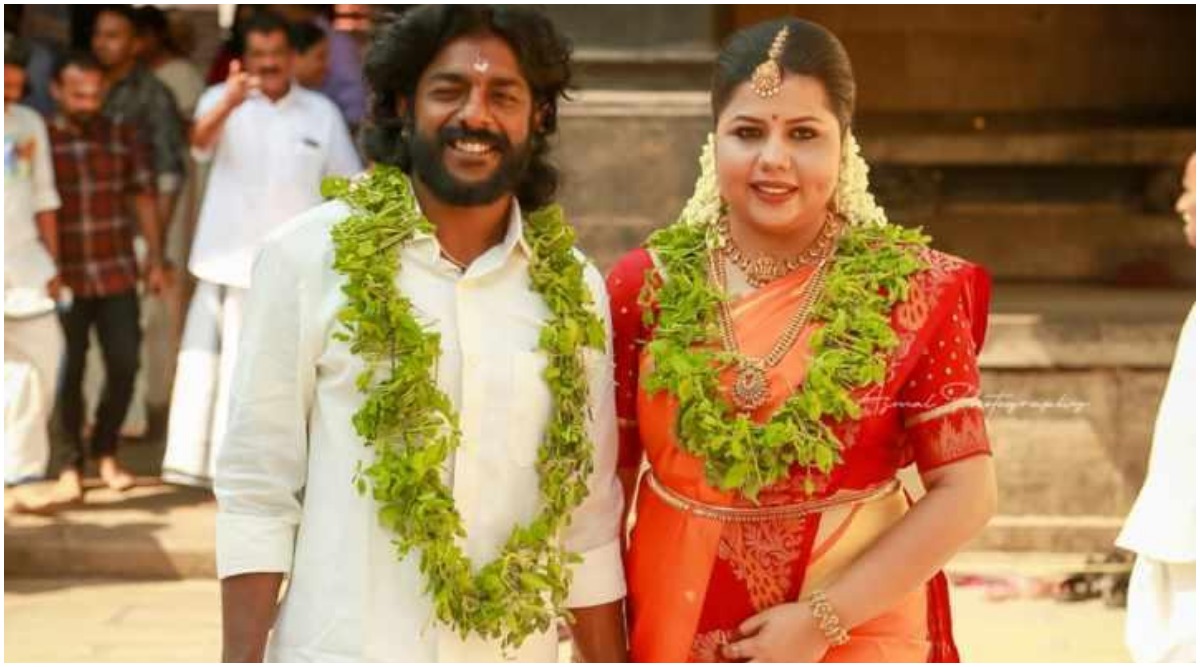 Sneha Sreekumar and SP Sreekumar are widely known for their roles in the show Marimayam. The duo played the characters Mandodary and Lolithan, respectively. This TV show shot them to fame instantly. Sneha and Sreekumar have tied the knot on December 11 at the Sree Poornathrayeesa Temple in Thrippunithura, Kochi. Ever since their wedding pictures have hit the internet, fans have been pouring congratulatory messages for the two. Sunny Wayne and Renjini Kunju’s Haldi Ceremony Pic Surfaces Online, Couple Looks Stunning in Shades of Yellow.

Sneha Sreekumar and SP Sreekumar are a popular face not just in the small screen industry, but they are also known for their performances on the big screen. Besides working in TV shows, they have also worked in films as well. Some of the films done by SP Sreekumar includes Kandahar, ABCD: American-Born Confused Desi, Pulimurugan, Neeli among others. Velipadinte Pusthakam, Ore Mukham, Mayil are some of the films in which Sneha has acted in. Amala Paul Ready to Get Married Again after Ex AL Vijay Gets Hitched?

Talking about this lovely couple’s wedding, as per a report in TOI, it was an intimate affair attended by close family members and pals. Around 150 members were a part of the wedding. Marimayam actor Vinod Kovoor who also a guest at the wedding was quoted as saying, “We feel happy to see them married. As friends, we all wish them a happy married life and a good future together.”