Jersey's Tamil remake is happening with Vishnu Vishal and Amala Paul stepping in Nani and Shraddha Srinath's role for the same. There were reports about Shahid Kapoor being in talks for its Hindi remake but nothing worked out in their favour after the actor decided to reject it. 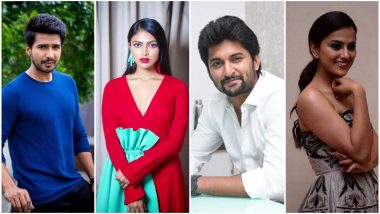 While reports of Jersey's Hindi remake are still doing the rounds, makers of Tamil film industry have already announced their version of the same. If a certain report is to believe Jersey's Tamil remake is very much happening and the star cast for the same has already been signed. Ratsasan actor Vishnu Vishal is all set to set to reprise Nani's role in this big remake while Aadai actress, Amala Paul will step into Shraddha Srinath's role for the same.

As per our earlier story, Jersey revolves around a cricketer who's unable to play the sport after an unfortunate incident. Though the movie focussed on his tough yet beautiful journey, it also highlighted the emotional bond he shared with his family and how they help him cope with his struggles. The movie was critically well acclaimed and it also managed to collect good numbers at the box office - the reasons that further justify the idea of having its remake. RATSASAN Not Nominated in Any Category in Yet Another ‘AWARDS”, Tweets Vishnu Vishal; Did He Hint at SIIMA 2019?

The Tamil version is already on the right track but its Hindi one refuses to clear any air surrounding it. There were reports about Shahid Kapoor being in talks for his Hindi remake but the actor rejected it for a valid reason. After the immediate success of Kabir Singh, Sasha was in no mood to sign another South remake. And post his rejection, there are no reports about any other actor being considered to star in the same.

(The above story first appeared on LatestLY on Aug 20, 2019 11:03 AM IST. For more news and updates on politics, world, sports, entertainment and lifestyle, log on to our website latestly.com).