Bigg Boss 13: From Rahul Roy to Ashutosh Kaushik and Shilpa Shinde, Here's What all the Previous BB Winners are Doing Currently 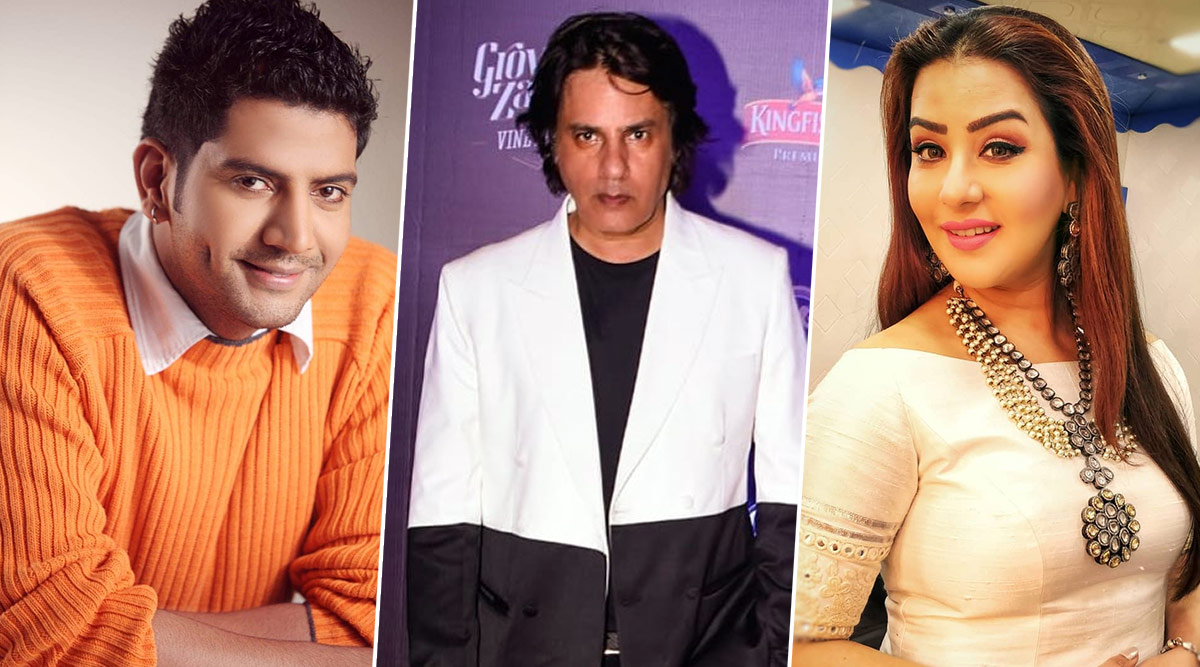 Bigg Boss 13 is about to have its grand finale in a day and we can't wait to hear the winner's name who will lift the trophy this season. Will it be Siddharth Shukla or Asim Riaz or Rashami Desai? We don't know but we certainly know what the show's previous names are doing currently. From Rahul Roy in season 1 to Shweta Tiwari in season 4, Gauahar Khan in season 7 and Shilpa Shinde in season 11, we have some deets about what these proud winners are up to these days. Waiting for us to dish out details? Here we go...

At club jio thanks Navin ❤️❤️🙏

The Aashiqui hero continues to make occasional appearances and his recent one was on The Kapil Sharma Show to celebrate 30 iconic years of Aashiqui. His Instagram account is well updated so you can always follow him for regular updates.

He was a roadies winner and then Bigg Boss. Prince Narula's journey was very similar to his. But more on him later. Coming to Ashutosh, it's safe to say that he has disappeared from the social scene and we'd personally like to have an update on him. So, when it comes to his whereabouts, we are sorry to disappoint. Bigg Boss 13: 5 Super-Stylish Jackets of Salman Khan From This Season Which Need Your Attention Right Away!

With the #Excalibur in my hand for times of war ! Better keep #love and #Peace #excaliburbynahar

Vindu is very much active on social media. He even participated in Nach Baliye this season with his beloved wife. He's a strong supporter of Siddharth Shukla this season and an avid BB watcher.

As Any Avid Reader knew, A Good Read Deserved a Good Seat😉

Shweta had a rather bumpy ride post her BB win. She got married to her co-star, Abhinav Kohli but was recently separated after she accused him of domestic violence. The actress even has a son, Reyaansh with Abhinav. Coming to her professional life, she's currently, she's working on Sony TV's Mere Dad Ki Dulhan.

Love yourself first and everything else falls into line 💖 . . 📸 : @samairratales #love #loveyourself #live #laugh #selflove #happiness

Juhi had an equally bumpy ride. She got divorced from husband and actor Sachin Shroff and is a single mother to their daughter. The actress was very headstrong during her appearance in the show and she continues to show the same qualities. She has even lost oodles of weight and is fitter than ever. Bigg Boss 13: 5 Times When Salman Khan Screamed and Yelled at Housemates for Their Wrongdoings on the Reality Show.

Though Urvashi is missing from TV scenario, she recently participated in Nach Baliye with her ex-boyfriend, Anuj Sachdeva.

Gauahar Khan is very busy with her professional life. She alos keeps making social appearances and is one of the strongest supporters of Bigg Boss 13. She continues to voice her opinions that usually make sense. She was last seen in Amazon Prime's The Office, which is a remake of the UK show by the same name.

God always leads us to where we need to be,not where we want to be.” Good morning ❤️ Have a Good Day ✌🏻

Gautam Gulati's Operation Cobra, a web series by Eros was announced in 2019 and the hunk still continues to be immensely popular with girls. He recently entered the BB 13 house as a guest and Shehnaaz Gill was clearly bowled over with his mere presence.

Prince earlier won Roadies, then he won Splitsvilla and finally Bigg Boss 9. The boy even met the love of his life, Yuvika Chaudhary inside the house and the duo got married in 2018. He continues to be one of the mentors on Roadies and yes, he even lifted the Nach Baliye trophy with Yuvika in 2019.

Get back before it’s too late. #selftalk

Manveer wasn't a celebrity when he entered the house. The concept of BB season 10 was to include celebs and non-celebs together. Though he's not often spotted in the social scenario, he keeps voicing his opinion on BB contestants every now and then. Bigg Boss 13: Rashami Desai Gets a Sweet Birthday Wish From Rakhi-Brother Mrunal Jain.

Shilpa had an eventful journey on BB. Her fights with Vikas Khanna were the highlight of this season and the rivalry her fandom had with Hina Khan's followers was epic. The actress joined politics by becoming a BJP worker and later decided to quit her Twitter account as a measure to move away from all the social media hatred. Oh, and yes, she even had an item song in Patel ki Punjabi Wedding.

you have to tell yourself YOU ARE FEELING BETTER..... and you actually will!!! 😊😊😊 wearing earings from my Favourite @jhaanjhariya kyunki shoaib me kaha isiliye 👇🏻 pic n edit courtesy @shoaib2087 😂😂😂

Dipika married her boyfriend, Shoaib Ibrahim before entering the house and is currently working on Star Plus' show, Kahaan Hum Kahaan Tum.