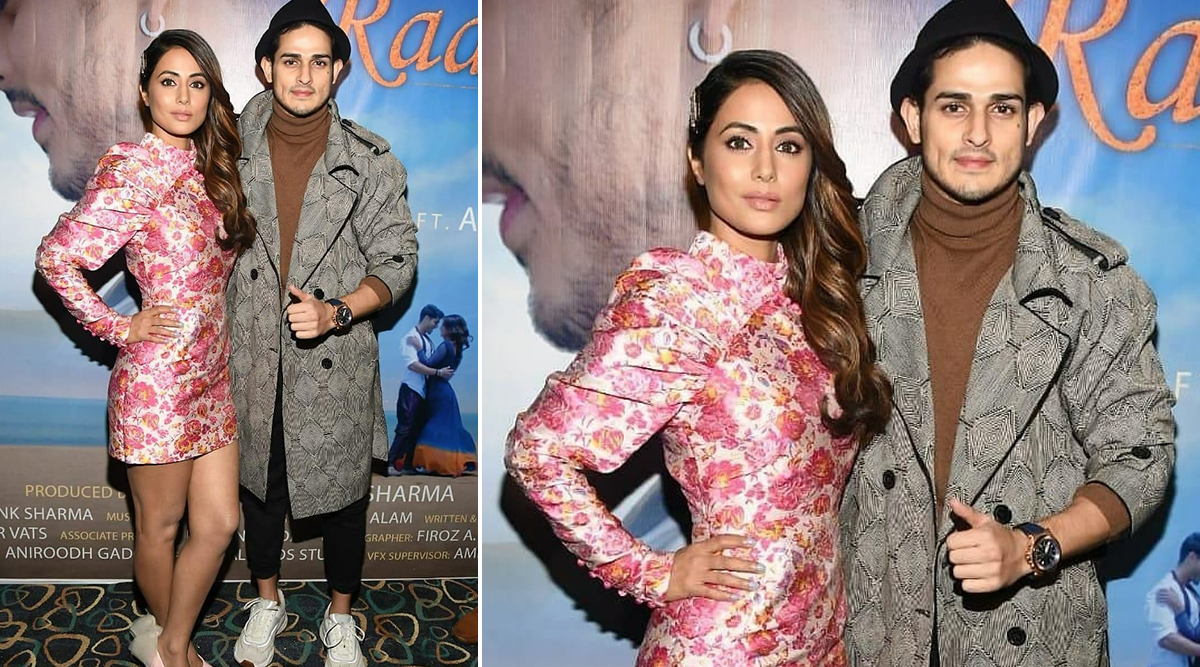 Hina Khan and Priyanka Sharma recently made headlines as their music video titled, Raanjhana released online on Thursday. Sung by Arjit Singh and written by Raqueeb Alam, the love ballad was given a thumbs up by fans. The track tells a filmy tale and revolves around a reincarnation story wherein Hina and Priyanka play the leads. From the soothing music to emotions, everything is perfect in the song. Having said that, now going by a latest report online, we hear that Hina and Priyank are all set to be part of Bigg Boss 13. Yes, you read that right! Raanjhana: Hina Khan and Priyank Sharma’s Cosy Love on the New Poster of the Music Video Is Sizzling Hot (View Post).

The two are reportedly going to add spark to the Weekend Ka Vaar episode starring Salman Khan and will be on the show to promote their new song, Raanjhana. The two buddies are also expected to enter the BB house. Well, for Bigg Boss fans this will be a cherry on the cake moment as Hina-Priyank were ex Bigg Boss contestants. The two were part of Bigg Boss 11 and their friendship inside the house was much talked about. Also, it will be interesting to see host Salman meeting them after a hiatus, what a sight it is going to be and we can't wait? Raanjhana Song: This Hina Khan - Priyank Sharma Track Is All About Honour Killing and Re-Incarnation (Watch Video).

This is not the first time Hina Khan is entering Bigg Boss 13. As during the initial episodes of the reality show, she had entered at the time of a task and was seen mentoring the contestants. Coming to the Raanjhana stars, as a fan of the two, are you excited to see Salman, Hina and Priyanka in one frame again? Stay tuned to LatestLY for all the updates from the telly world.