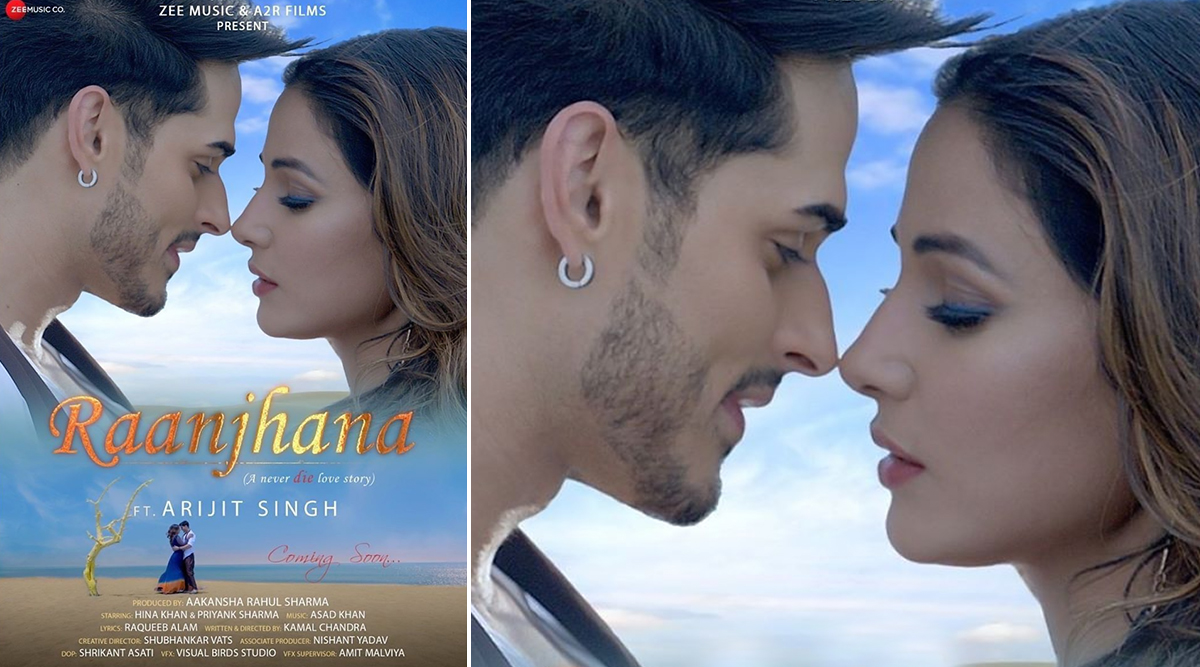 Hina Khan is a sensational star on the internet! A glimpse of the babe and fans just go crazy about the same. Having said that, while the pretty diva's kitty is full of multiple projects, her music video with buddy Priyanka Sharma is also much talked about. Hina and Priyanka who were part of Bigg Boss 11 became best of friends on the show and their cute chemistry was indeed adored by fans. Earlier, a few pictures and videos of Hina and Priyank had made it to the web where the two were seen shooting for their musical piece, Raanjhana in Delhi. Also, the singer of this love ballad is none other than Arijit Singh. Hina Khan is Giving Us Some Serious Winter Fashion Goals With Her Latest Pictures and We're Loving It!

Now, taking to Instagram, Hina updated her fans about the music video. The Cannes babe via her post shared how the beautiful music video will release this winter season. Along with this piece of information, Khan also shared an alluring poster of Raanjhana featuring herself and Priyank. In the poster, the two stars can be seen really close to each other and look extremely hot. Also, the chemistry of Hina and Priyank is sizzling and amazeballs on the same. Yeh Rishta Kya Kehlata Hai Producer Rajan Shahi Reacts to Fans’ Disappointment Over Hina Khan Not Being Credited for the Success.

Have A Look At The Post Shared By Hina Khan Here:

Earlier, Kamal Chandra (director of Raanjhana) while speaking to Mumbai Mirror expressed how the video is a five-minute musical film that has romance, drama to suspense, everything. Meanwhile, a few days back Hina Khan was seen enjoying with her boyfriend Rocky in Rajasthan. Talking about Priyank, he was last seen in Aastha Gill’s 'Buzz' and in a music video alongside Neha Kakkar, which was sung by Tony Kakkar. Stay tuned!