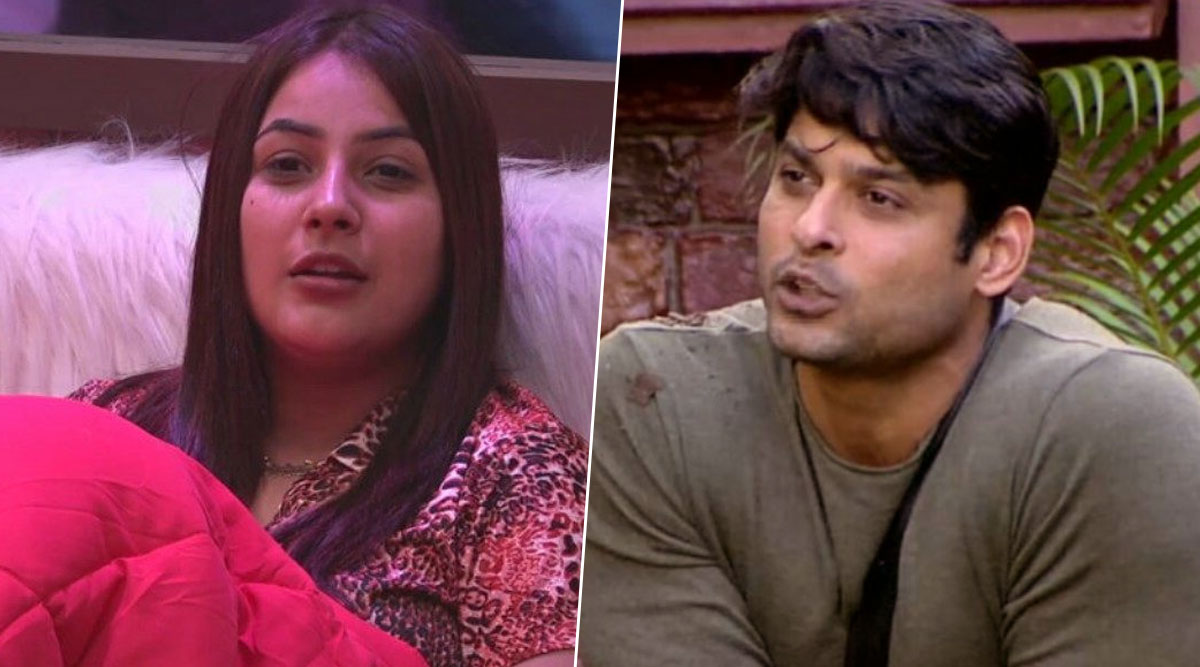 Looks like things are going to get ugly between the best friends forever on the show, Shehnaaz Gill and Sidharth Shukla. As going by the sneak peek of tonight's episode, it looks like the two will finally end their friendship. Elaborating on the same, Shehnaaz in a fit of anger will be seen slapping Sidharth. Yup, you read that right. As they say, every action has an equal and opposite reaction, and so Sid's back-to-back poking and terming Sana jealous in front of Mahira Sharma will not go down well down with Shehnaaz and that's why she reacts with a slap. Shehnaaz will also have a major breakdown tonight and could be heard crying out loud. Bigg Boss 13: Sidharth Shukla Beats Asim Riaz, Fans Want the Former to Lift the Winner’s Trophy (Poll Result Inside).

Owing to this particular incident, the Punjab ki Katrina Kaif was slammed on Twitter left, right and centre. However, her fans jumped into the battle and trended #RoarLikeSana on the micro-blogging site. While a few sections of fans called out Sidharth Shukla of mentally poking Shehnaaz whereas a few tagged it as a drama. Earlier also Sid and Sana have fought many times and after a few hours are pals again. So will it be the same this time too? Bigg Boss 13: Shehnaaz Gill's Father Wouldn't Mind If She Marries Sidharth Shukla - Watch Video.

We don't want #SidNaaz anymore.Sana hi thi jiske lia a relation ki value thi but Sid just yako use kar rahi thi game ke lia. Come on Sid how can you say like this #ShehnaazGill jealous on #MahiraKaun 🤣🤣What a joke🤣🤣#ShameOnSidharthShukla

Meanwhile, Shefali Bagga was the contestant who got evicted from the show last night. Coming back to SidNaaz (fans fondly call them), we hope things settle down between the two at the soonest. Also, Kamya Punjabi who is a supporter of Shukla also showed her disappointment over the incident and told Sana to not lose the plot. Stay tuned!