Actor Sachin Kumar, who was well-known for his role in Ekta Kapoor's Kahaani Ghar Ghar Kii passed away on the morning of May 15, 2020 due to a heart attack. 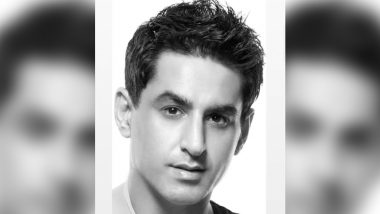 Actor Sachin Kumar, who was well-known for his role in Ekta Kapoor's Kahaani Ghar Ghar Kii passed away on the morning of May 15, 2020 due to a heart attack. Sachin had walked away from the acting profession a long time ago and had turned a photographer. His good friends Rakesh Paul and Chetan Hansraj confirmed the news. Rakesh revealed to TOI, "Yes, it is heart-breaking to share the news, but it is true. I couldn't see him by the time I learnt about his demise, he was already taken to the crematorium. What I have learnt is that he went to sleep and the next day he did not open the door. His parents panicked and they got keys and when they opened the door, he had passed away. He was staying with his parents. The incident happened probably late in the night or early morning." Splitsvilla 4 Contestant and Actor Sai Gundewar Dies Of Brain Cancer at 42.

Sachin's Kahaani... co-star Chetan Hansraj told SpotboyE, "It’s very shocking. I also got to know about the news from Facebook and hence I don’t know the actual reason for his death. We had worked together in Kahaani Ghar Ghar Kii but he had quit acting a long time back." Rishi Kapoor No More: Ekta Kapoor, Sidharth Shukla, Surbhi Chandna, Kapil Sharma, and Other Television Fraternity Members Mourn the Actor's Death (View Tweets)

Apart from Kahaani Ghar Ghar Ki, Sachin was also a part of Benaifer Kohli's show Lajja. The producer who was evidently shocked by his demise, told Spotboye, "He was a very sweet boy, and it's very heartbreaking to hear the news of his death."

In recent times, actors Irrfan Khan and Rishi Kapoor passed away within a day of each other in Mumbai. A few days back, we had also reported about the passing away of television actor Sai Gundewar. Our prayers are with Sachin's family in these trying times. May the actor rest in peace.

(The above story first appeared on LatestLY on May 15, 2020 11:49 PM IST. For more news and updates on politics, world, sports, entertainment and lifestyle, log on to our website latestly.com).