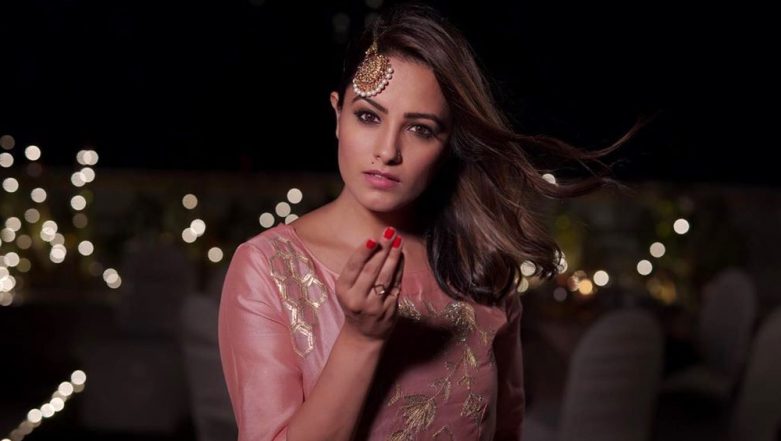 The much-awaited dance reality show Nach Baliye, which is all set to return to the small screen with its 9th season, has been hitting headlines a lot these days. The makers of the dance reality show Nach Baliye 9, which is being produced by Bollywood superstar Salman Khan, are creating a lot of hype surrounding the show. While fans have been curious to know which popular celebrity couples and ex-couples are participating this year, there's a lot that the makers have in store apart from just the jodis. Nach Baliye 9: Here's How Sexy Naagin Anita Hassanandani Is Preparing For The Show!

Today (July 11), we have got yet another update with regards to one of the contestants' paycheck on the show. Anita Hassanandani, who was last seen in Naagin 3, has been roped in as one of the contestants in Nach Baliye 9. While fans can't wait to see Anita setting the stage on fire with her dance moves, a report in BollywoodLife suggested that the actress is the highest paid contestant on the show.

Yes, you read that right!  the entertainment portal quoted a source close to the development as saying, "Anita was approached even in the earlier seasons, however, due to some reason or the other, she didn't end up signing the show. This year, the makers have offered her a meaty amount to participate in the show, which she couldn't refuse." Nach Baliye 9: Anita Hassanandani and Shraddha Arya Tease Fans in This New Promo of Salman Khan’s Show

However, Anita, while talking to LatestLY, said, "I love to dance and I have always wanted to be a part of Nach Baliye, but couldn’t take it up earlier due to prior commitments. Now that I have more time on hands with fewer commitments, I can focus entirely on the show and do justice to all the performances. Also, this show is produced by Salman Khan and Bani J and I simply had to do it!"

Check Out the Promo Here:

Talking about the show, Nach Baliye is a dance reality show that has our favourite television celebs dancing with their real-life partners. Through this show, we get to see another side of the lives of our favourite celebrity couples. Bankrolled by Salman Khan, Nach Baliye's format has been spiced up a bit this year. Stay tuned to this space for further updates.