Ramayan on DD National and Mahabharat on DD Bharati, Here's The Schedule and Telecast Time for The Ramanand Sagar and BR Chopra Mythological Shows on Doordarshan Channels 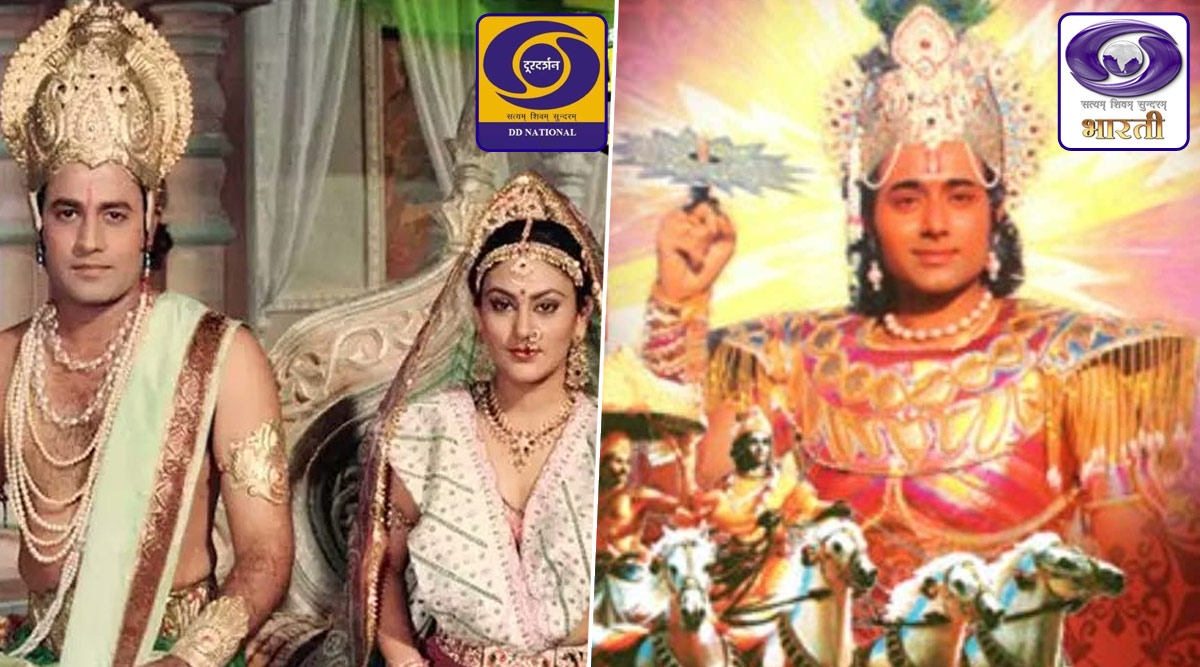 In what can be called a creative treat for the 90s audience and all others, Doordarshan decided to re-air their once upon a time hit shows Ramayan and Mahabharat on their network. Information and Broadcasting Minister Prakash Javadekar, in a tweet on March 27, 2020, revealed that Ramayan would be aired on DD National from March 28, with two episodes, one in the morning and once at night. And while there was no confirmation on the airing of BR Chopra's saga Mahabharat, looks like permission for the same has also been granted. COVID-19 Lockdown: Ramanand Sagar's Ramayan and BR Chopra's Mahabharat To Re-Run On Television.

In a tweet on March 28, Prakash Javadekar announced that Mahabharat too would be airing, albeit on another Doordarshan Channel at a different time slot, so that the audience can enjoy re-watching both shows, that showcased the two epic battles of the Hindu Mythology.

Mahabharat will air on Doordarshan's DD Bharati channel at 12 pm noon and 7 pm in the evening. Ramayan's telecast began today with hour-long episodes being telecast once in the morning from 9 am to 10 am and in the evening from 9 pm to 10 pm. Ramayan TV Series Returns To Television During COVID-19 Lockdown: 12 Interesting Facts About The Ramanand Sagar Show That You Need to Know.

Prakash also told netizens that it was mandatory for all cable operators to air Doordarshan Channels and urged the citizens to watch these shows that have gone down in the history of television as cults.

It is mandatory for all cable operators to show DD channels. In your area if it is not being shown, then raise a complaint with your cable operator. #StayHomeStaySafe #IndiaFightsCorona@narendramodi @PIB_India @DDNewslive @DDNewsHindi

The return of these classics to television is in part, a result of the on-going COVID-19 lockdown which has forced the abrupt shutdown of shootings of films and television shows. With limited episodes in their banks or (in some cases) no episode banks at all, channels are being forced to either re-run their old shows, episodes or even bring in content from their respective OTT partners to air on television.