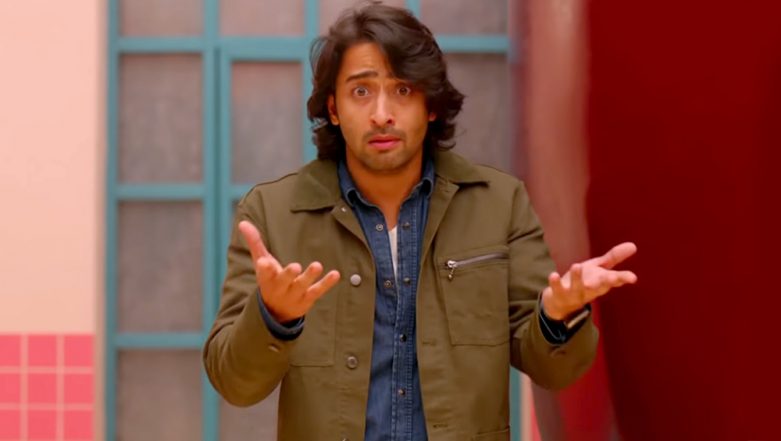 Not only is cutie Shaheer Sheikh one of the industry's most bankable stars, but also a hot commodity amongst the female population. However, in real life, he is yet to find his lady love. Yes, all those link-up rumours (the latest being with his Kuch Rang Pyaar Ke Aise Bhi co-star Erica Fernandes) have been just that- rumours. Revealed Shaheer to Bombay Times, " Abhi aisa kuchh nahi hai. According to reports, I am dating a couple of women and I have two to three wives around the world. Erica has herself denied our relationship, and expected people to respect us. But then, that's the hazard of our profession.” Shaheer Sheikh On Signing Yeh Rishtey Hai Pyaar Ke: ' Was Quite Hesitant Initially'

Ask him about marriage and Shaheer reveals to the daily, "I can take the plunge only when I feel it from within. I can’t do it just because the family, society and people around want me to. When you are not sure about a relationship culminating in marriage, you shouldn’t go ahead with it. Or else, you will end up scarring lives and that’s the worst you can do to each other. Also, I can't get married to a person without knowing her.” Yeh Rishtey Hai Pyaar Ke: Rapper Badshah's Song Starring Shaheer Sheikh and Rhea Sharma For Yeh Rishta Kya Kehlata Hai Spin-Off Is OUT NOW! Watch Video

Doesn't his reply remind you all readers of something? Well, its what the track of Shaheer's new show Yeh Rishtey Hai Pyaar Ke revolves around. The show's female lead Mishti's (Rhea Sharma) character is getting married in the show but she is of the belief that she needs to get to know the person that she is getting married to, before taking the plunge. And Shaheer affirms this logic and draws parallels between Mishti from the show and himself in real life.

Yeh Rishtey Hai Pyaar Ke is the spin-off of Star Plus' much-loved show Yeh Rishta Kya Kehlata Hai. The spin-off focuses on Naira's (Shivangi Joshi) cousin Mishti's life and how she questions certain beliefs and raises doubts on issues that plague every girl when she is all set to enter a conjugal life. Yeh Rishtey... stars