Yeh Rishta Kya Kehlata Hai and Yeh Rishtey Hai Pyaar Ke to Have An Integration Episode on March 12! Deets Inside 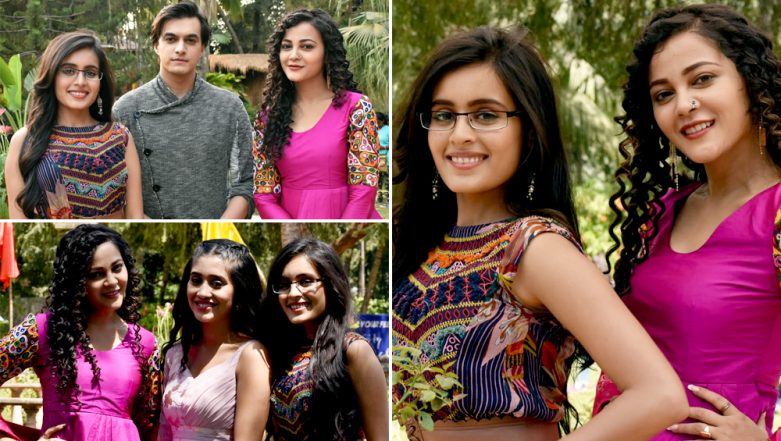 For all those ardent and die-hard fans of Star Plus’ Yeh Rishta Kya Kehlata Hai, they are all set to get more dose of their favourite show in the form of its spin-off which has been titled Yeh Rishtey Hai Pyaar Ke. The spin-off stars Shaheer Sheikh and Rhea Sharma in the lead roles of Abir and Mishti. In an earlier interview, producer Rajan Shahi revealed that he was very much determined to make the Jodi of Abir and Mishti as famous and as loved as that of Kartik and Naira’s. And for the same, he is leaving no stone unturned to give his best for both of his shows. Shaheer Sheikh and Rhea Sharma Look Perfect In Red Against The White Backdrop Of The Rann of Kutch as They Shoot For Yeh Rishtey Hai Pyaar Ke! View Pics

Even though Yeh Rishtey… will start airing March 18 onwards, the show will have a special integration episode with its parent show Yeh Rishta Kya Kehlata Hai. And this episode will air on March 12.

Revealed the producer, “The initial response for Yeh Rishtey…. promo has been positive and now I am expecting that the audience too will love the show as well. On 12th March two important characters - Mishti and Kuhu will be introduced and the audience will see the first integration of these two shows. Mishti is played by Rhea Sharma as you all already know and Kuhu by Kaveri.” Yeh Rishtey Hai Pyaar Ke: Rapper Badshah's Song Starring Shaheer Sheikh and Rhea Sharma For Yeh Rishta Kya Kehlata Hai Spin-Off Is OUT NOW! Watch Video

He also let us in on a spoiler. Rajan Shahi revealed that both Mishti and Kaveri will play instrumental roles in Kartik and Naira’s current situations. “Yeh Rishtey Hai Pyaar Ke talks about relationships, marriage, family ties but from a new perspective. The initial idea is to connect the two shows. Interestingly Mishti used to call Kartik as her boyfriend and she played an important role in Kartik-Naira’s love story. And on the other hand, Kuhu was close to Naira,” he concluded.

Well, looks like with Mishti and Kuhu’s involvement, the much awaited Kartik-Naira patch-up, or like fans of the show call it ‘KaIra Milan’ will happen soon. Are you guys excited for the maha episode? Also, what expectations do you have from Yeh Rishtey Hai Pyaar Ke?