The Rising Entrepreneur and Iconic Legend of Showbiz and Entertainment, Werley Nortreus

Werley Nortreus is described to be a young iconic legend who has loved showbiz and entertainment since childhood. His relatives said he has enjoyed writing, singing, cinema, inventing stories, and playing music since he was a child. 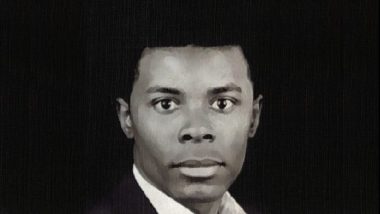 Werley Nortreus is described to be a young iconic legend who has loved showbiz and entertainment since childhood. His relatives said he has enjoyed writing, singing, cinema, inventing stories, and playing music since he was a child. While growing up in Haiti, he always kept the same habit because he loves showbiz and entertainment. The first time he sang in front of a crowd was when he was only 6 years old at his father's church. His relatives said he was raised into a Christian family and that's how he got involved in performing at Churches since his childhood.

From an early age, he sang in church choirs and played drums for the church that he attended. Until he becomes the Haitian-Afro legend that he is now a few years later. He is currently known as an iconic legend who is deeply in love with writing, singing, watching movies, inventing movie stories, and playing music. He can do what he does because he has always loved that since childhood. Now, his songs and albums have reached millions of streams online.

Nowadays, during the 21st century, he is a well-known iconic legend in the community in which he lives and in other communities. His works inspire and motivate many people all over the world. Throughout his musical career, he wrote, composed, and produced more than 50 songs and more than 50 instrumentals. He started out as a Gospel artist, then went on to compose other genres of music. His intellect and talents allow him to write books, film stories, film scripts, quotes and compose music, instrumentals, and film scores.

In New York and other places around the world, some of his musical compositions or songs were selected and played on radio stations, retail stores, and even in several clubs. He was approached by entertainment executives in Hollywood, so he could work with America Got Talent, The Walt Disney Company, and even major celebrities called Brad Pitt, Leonardo Dicaprio, Mindy Kaling, and others.

Multiple newspapers claimed that people recognize him as a Haitian leader, philosopher, intellectual, musician, author, entrepreneur, and politician who was born in Limbé and raised in Port-au-Prince. People also recognize him as Prince Werley Nortreus. He said showbiz and entertainment are not only his interests, he loves politics and other fields as well, that is why he founded his own political party named Vanyan Sòlda Ayiti and founded a political movement named Haitians Lives Matter.

In showbiz, he also works with Haitian public figures like Nathalie Dalizien, and others in the film cinema and music industry through Ceraphin Corporation and Ceraphin Publishing Group that he founded.

Without a doubt, he is currently a young iconic legend in the Haitian community and other communities who inspire and motivate many people all around the world.