A total of 97,000 students had applied for revaluation of their marks, probably the largest unit in the recent history of MU. 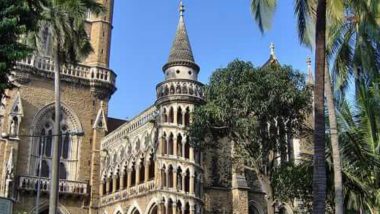 In a major blooper, about 35,000 students were ‘wrongly’ failed by Mumbai University examinations of 2017. These students got their justice and later graded as passed after they applied for revaluation of their results. This irresponsive situation was revealed by a Right to Information (RTI) query. Students after dissatisfaction with their marks scored, applies for a re-check. But in many instances, the respective board’s or university’s negligence came into the forefront, risking student’s career. Reportedly, a total of 97,000 students had applied for revaluation of their marks, probably the largest unit in the recent history of MU. Mumbai University Student Attacked & Molested Inside Kalina Campus Toilet.

RTI activist, Vihar Durve, told TOI, “Students taking MU exams are losing faith in its assessment.” Last year, Mumbai University was backlashed after they delayed the results by more than two months. Further, the varsity decided to upload the answer sheets and get them digitally marked. But a shortage of faculty and technical glitches led to a huge postponement in the declaration of the results. And after it was finally out, about 97,313 students were puzzled with their scores. Durve further was quoted in the same report as saying, “While 80,000 candidates applied for revaluation in all of 2014, the number disgruntled candidates had gone up to close to a lakh now.” Mumbai University's Distance Education Courses 'Derecognised' by UGC, Similar Action Taken Against 34 Institutes.

It is must be noted here that the university charges Rs. 500 for revaluation and Rs. 100 for a photocopy of answer books. Besides, the situation gets more perplexing for students when they do not receive the revaluation results on time. Durve has asked reduction in the revaluation fee and demanded that it be “refunded and compensation paid to those who are wrongly failed.”

(The above story first appeared on LatestLY on Oct 17, 2018 11:13 AM IST. For more news and updates on politics, world, sports, entertainment and lifestyle, log on to our website latestly.com).