Eid al-Adha 2019: No Exchange of Sweets Between BSF, Pakistan Rangers at Attari-Wagah Border After Article 370 Revoked in Jammu and Kashmir 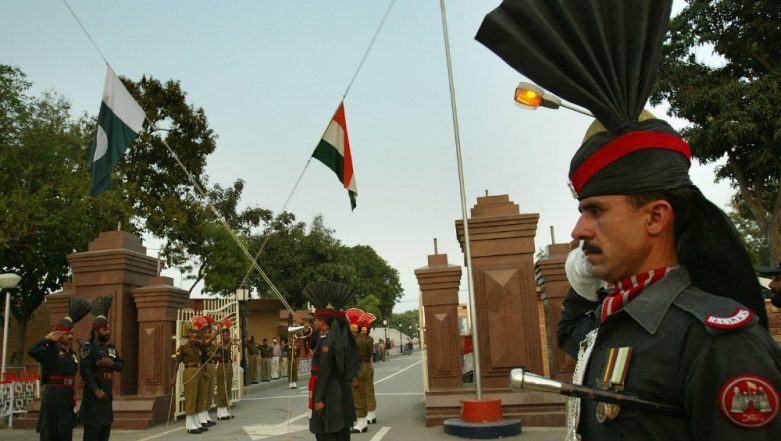 New Delhi, August 12: The customary exchange of sweets between the BSF and Pakistan Rangers along the international border did not take place on Monday on the occasion of Eid al-Adha, officials said.

The unilateral withdrawal of diplomatic ties by Pakistan with India, in the wake of the Modi government's decision to revoke provisions of Article 370 from Jammu and Kashmir, is being seen as a reason for the non-conduct of the ceremony. BJP Leader LK Advani on Article 370 Scrapping Says 'Bold Step Towards Strengthening National Integration'.

They said the Pakistani side did not respond to Border Security Forces' move to exchange sweets and greetings along the IB running through the states of Jammu, Punjab, Rajasthan and Gujarat.

"The customary event did not take place on the occasion of Eid al-Adha on Monday," a senior official said.

The two forces that are deployed along the over 3,000 kms of this border conduct the exchange of sweets drill on major festivals like Eid, Holi, Deepawali and the respective national festivals of both countries.