Aadhaar Smart Card Mandatory? UIDAI Confirms There Is No Such Concept, Warns People 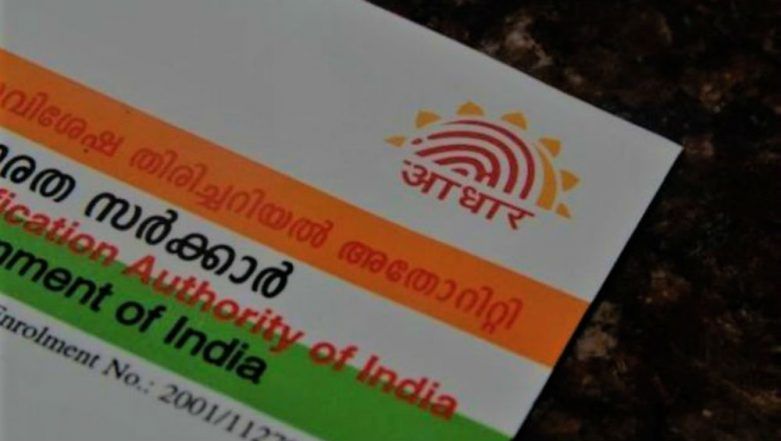 New Delhi, Sep 21: The Unique Identification Authority of India (UIDAI) on Friday said there is no concept such as smart Aadhaar card but an Aadhaar letter or Aadhaar downloaded from UIDAI website is sufficient and a valid form of Aadhaar. The UIDAI had earlier warned people that there are few unscrupulous entities that are charging anywhere between Rs.50 to Rs.200 or more for printing Aadhaar on a plastic card in the name of the smart card. The Aadhaar issuing body informed that the Aadhaar letter or its cutaway portion or downloaded version of Aadhaar on ordinary paper is perfectly valid.

An official release by the Aadhaar issuing body informed that in case a person loses his Aadhaar card, he can download his Aadhaar card free of cost from https://eaadhaar.uidai.gov.in. In its warning of not to fall a prey to some entities charging for making a smart card, the UIDAI said Aadhaar print out of the downloaded Aadhaar card, even in black and white form, is as valid as the original Aadhaar card sent by UIDAI. It said there is absolutely no need to print it on the plastic card or get it laminated. Aadhaar Data Breach: UIDAI Dismisses Report of Hacking of Software as 'Incorrect'.

There is no concept such as smart Aadhaar card. Aadhaar letter or Aadhaar downloaded from UIDAI

website is sufficient and a valid form of Aadhaar. For further info see this press release:https://t.co/0DssArE9sm pic.twitter.com/0jXTgHXy9N

The CEO added saying for protection of privacy, people are advised not to share their Aadhaar number or personal details to unauthorized agencies for getting it laminated or printed on a plastic card.