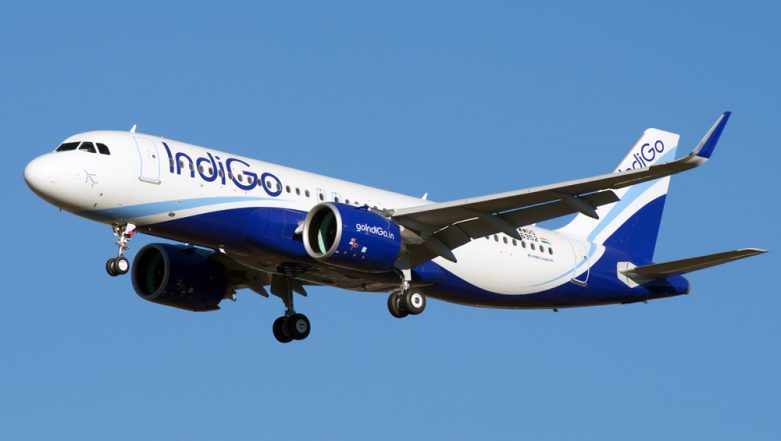 Mumbai, September 10: Glitches with Pratt & Whitney engines began to dog Indigo again with four more A320s and A321s reporting one issue or other between Sunday and Tuesday, according to a source. Besides, the airline is reportedly deploying a few planes powered by P&W engines for daily operations despite those planes earlier reporting heavy engine vibration, the source added.

However, a senior DGCA official rebutted the allegations saying "some engines, which reported vibrations were within the limits prescribed by the US and European aviation safety regulators and they have been released for operations after boroscopic inspection." Nevertheless, the regulator is keeping a close watch on them, the official added. Hyderabad-Gorakhpur IndiGo Airbus A320 Makes Emergency Landing at Varanasi Airport Due to Technical Glitch.

According to the source, on Tuesday an Indigo flight bound to Doha being operated by an A321 Neo plane (VT-IUC) was recalled to the bay from take-off holding point due to a technical issue in Delhi, while a full emergency was declared for a Chennai-Delhi flight on its arrival Monday due to a technical glitch.

In another incident Monday, a Hyderabad-bound Indigo flight operated by an A320 plane was forced to abort take-off after the pilot reported a technical snag in Bengaluru, the source added. Before this, on September 8, the airline's Hyderabad- Gorakhpur flight was diverted to Varanasi due to an engine stall, which was accompanied by high engine vibrations, the source said.

Indigo, said two of the reported cases were routine maintenance issues and the planes are back into operations. In the other case, the aircraft is currently undergoing 'C check' at an MRO facility in Hyderabad, the airline said. "There were two instances, wherein one was in Mumbai which resulted in an air turn back. The other one was in Guwahati which resulted in an aborted take-off at low speed. Both these aircraft are withdrawn from services and are awaiting engine replacement," the airline said in a statement.

A senior DGCA official, in response to quires on the incidents from PTI said all these occurrences have been attended to and wherever needed the pre-emptive actions such as engine replacements have been undertaken.

"Some of the engines, which reported vibrations were within the limits prescribed by the FAA and the EASA and after the boroscopic inspection they were released. Some of events referred also took place in aircraft with CEO (current engine option) engines, Boeing 737s, Bombardier Q400s, and ATRs," the official said. "We are keeping a close watch on these issues. We reiterate our commitment to complete safety," the official said.