CEO Christian Phyfier has very little filter when it comes to his social media, he’s also willing to show his investments openly and allow his audience to “weigh in” on his decisions. Amongst growing CEOs and Entrepreneurs this tactic is what he calls”stirring the pot.” 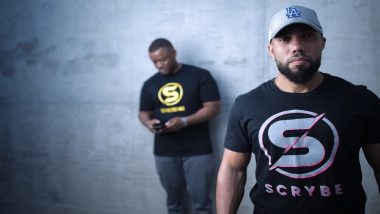 CEO Christian Phyfier has very little filter when it comes to his social media, he’s also willing to show his investments openly and allow his audience to “weigh in” on his decisions. Amongst growing CEOs and Entrepreneurs this tactic is what he calls”stirring the pot.”

Earlier this week Christian posted an offer from an investor stating a silent equity stake into the latest venture the GPME Group Board of Directors is partaking in, Scrybe Streaming. He asked his audience in the post if he should take it or hold out for 500,000. There was no confirmation on the decision until later that week when we asked.

Phyfier stated, “We are so grateful for the initial offers that have been coming, Scrybe is not even on the market yet. I’d hate to over or under value Scrybe and end up damaging a potential investor relationship, or Scrybe’s remaining equity.”

This is a very risky decision taken by the Scrybe board, while the app has accrued over 2100 artists to early adopt in less than a month, giving them a humble 15 million dollar pre-valuation, determined by their rate of growth and business model. An early investment can solidify cash flow regardless of Scrybe’s launch. If the app launches and is incapable of gaining adopters, at least 250k can lighten the load. On the other hand if Scrybe meets or exceeds the growth rate, Phyfier and the board could be worth more than their largest initial offer.

Furthermore the Young CEO stated, “Humbly, I know business isn’t done this way. Always take the money. But I’d truly like to start something solid the music industry can stand on. Not just taking money regardless of the outcome, and potentially having people who don’t see my vision sit across from me.”

“On the other hand, I know what we are capable of, and I know there are intelligent artists, podcasts and labels out there that understand their power, and are done being slaves to a system that has had a run for long enough.”

Scrybe Streaming’s interest is peaking in the business, tech and the music world with only glimpses of the app being shown on social media. Because of the very bold and prominent statements by the young CEO, this app is seemingly going to be a great change or a great flop based on the decisions being made right now. Only time will tell. Scrybe launches onto the IOS store June 16th, and the V1 conference is set for Father’s Day June 20th 2021 at Aura Night Club and Venue. The conference has sold over 300 tickets and has live performances from The Color 8 Band, Noah Wright, D Mo, and Daylin NeoHop, and will be hosted by Comedian Phillip Jewell.