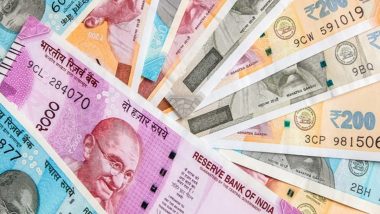 Mumbai, November 24: Central government employees who have been demanding a hike in fitment factor and release of 18-month DA arrears might receive some good news soon. As per reports, Centre is likely to take a decision on the house rent allowance (HRA) hike soon. If reports are to be believed, the Centre will take a decision on HRA hike soon, however, there is no official announcement as yet.

After receiving 4 percent DA hike, Central Government employees are eagerly awaiting news about house rent allowance (HRA) hike. In July 2021, the Centre had increased the HRA of government employees. Back then, the central government had also hiked the DA hike of its employees to 28 percent. 7th Pay Commission: When Will HRA Hike Be Announced? Govt Employees Likely To Receive Double Bonanza After DA Hike.

While various reports had suggested that HRA would be hiked by Diwali, however, no decision was taken back then. The government will take a decision on house rent allowance based on the recommendations of the 7th Pay Commission. So, the question is how will the HRA of central government employees be calculated?

(The above story first appeared on LatestLY on Nov 24, 2022 04:12 PM IST. For more news and updates on politics, world, sports, entertainment and lifestyle, log on to our website latestly.com).