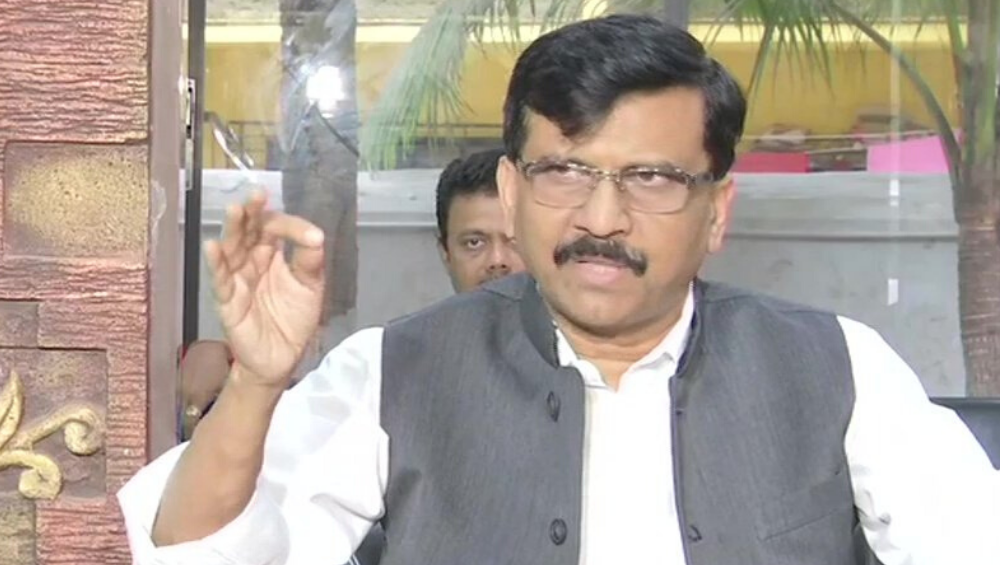 Mumbai, January 13: Terming the book comparing Prime Minister Narendra Modi with Chhatrapati Shivaji Maharaj as "insulting", senior Shiv Sena leader Sanjay Raut on Monday demanded that it be banned and asked the warrior king's descendants to clarify their stand over the issue.

Talking to reporters here, Raut said comparison of Shivaji Maharaj with anyone was "not acceptable", and the book seemed to be the handiwork of some "bootlickers" to appease the prime minister. He said the BJP should declare that it has no link with the book, titled "Aaj ke Shivaji: Narendra Modi", written by BJP leader Jay Bhagwan Goyal.

The Shiv Sena, NCP and Congress, which are part of the Uddhav Thackeray-led Maharashtra Vikas Aghadi government, have criticised the book.

"A BJP leader has written the book titled 'Aaj Ke Shivaji: Narendra Modi', which we find insulting. The party should clarify whether it considers Prime Minister Narendra Modi as great as Shivaji Maharaj," Raut said.

"We respect Prime Minister Modi. But comparing Shivaji Maharaj with anyone is not acceptable," he said.

"Chhatrapati Shivaji's descendants should clarify if they like Modi being compared to him. They should quit the BJP over the book," the Sena leader said. He said it looks like some "bootlickers" have published the book to appease the prime minister.

"They are the ones who are creating trouble for him (Modi). The BJP should get rid of them," he said.

Demanding that the book be banned, Raut said he has spoken to Shiv Sena president and Maharashtra Chief Minister Uddhav Thackeray over the issue.

"He (Thackeray) told me that Sena has taken the right stand and we are going to stick to it. This book should be banned and the BJP should officially distance itself from such a book and the narrative it is pushing forward," he added.

Raut said the book's author Jay Bhagwan Goyal was once with the Shiv Sena, but was removed from the party after he allegedly attacked the Maharashtra Sadan in Delhi.

"BJP leaders are quite active when it comes to some issues such as (pertaining to Hindutva ideologue) V D Savarkar. I hope they will demonstrate similar efficiency in this case also. The BJP should declare that it has no link with the book," the Shiv Sena's Rajya Sabha member said.

The descendants of Shivaji Maharaj from Satara and Kolhapur are affiliated with the BJP. They should speak out their views on the issue, he said.

Meanwhile, BJP MLA Shivendraraje Bhosale, who is also a descendant of the Maratha warrior king and is the cousin of Udayanraje Bhosale, said it was unfortunate that some "bootlickers" were creating a problem for the party's image.

"I request my party leaders to put a check on such bootlickers who, for their personal gain, are ready to stoop to any level. I am totally against such comparison between Shivaji Maharaj and Prime Minister Narendra Modi," the MLA from Satara said.

NCP's state ministers Chhagan Bhujbal and Jitendra Awhad, and senior Congress leader Sushilkumar Shinde also expressed their disappointment earlier over such a book being published by a BJP leader.

Sambhaji Raje on Sunday demanded that BJP chief Amit Shah immediately ban the book, which was published in the saffron party's Delhi office.

Maharashtra Congress spokesperson Atul Londhe on Sunday lodged a complaint with Nagpur Police against Goyal for allegedly hurting the sentiments of people by comparing Modi with Chhatrapati Shivaji Maharaj in his book. In his complaint, the Congress leader sought action against Goyal, the publisher of the book and its distributor.