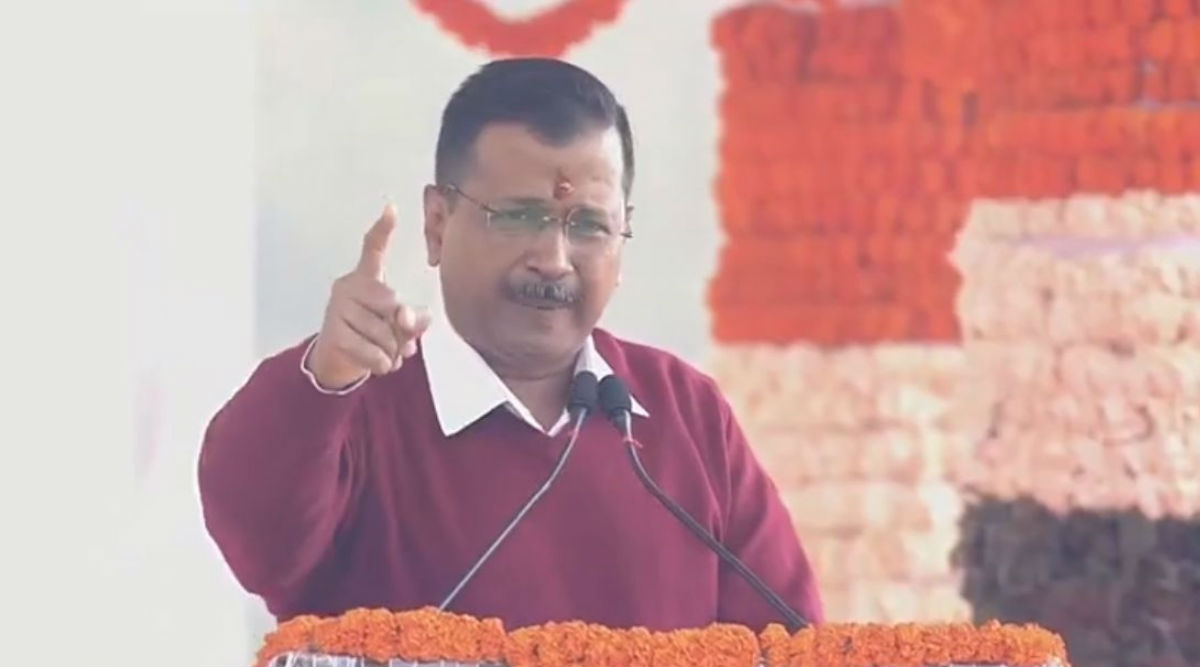 Before starting, Kejriwal urged those who arrived to attend his swearing-in at the Ramlila Maidan to join him in singing Hum Honge Kamyab. He led and the crowd followed the recitation. In conclusion, Kejriwal chanted Bharat Mata Ki Jai, Inquilab Zindabad and Vande Matram. The overflowing Ramleela Maidan witnessed the swearing-in of Kejriwal and his cabinet, comprising Manish Sisodia, Satyendar Jain, Gopal Rai, Kailash Gehlot, Imran Hussain, and Rajendra Pal Goutam.

Except for Gopal Rai, who took oath in the name of the nation's freedom fighters, all AAP leaders took it in 'God's' name. The AAP stormed back to power in the bitterly fought Delhi assembly elections that took place on February 8. The AAP won 63 of the 70 seats while BJP bagged the remaining 7 seats. After taking the oath, Kejriwal pitched a conciliatory note towards the Centre-ruling Bharatiya Janata Party (BJP).

The Chief Minister sought the co-operation from Prime Minister Narendra Modi to expedite the development of Delhi. "Elections are over. I have forgiven my political rivals for the remarks against me. Now, we all have to work together. I had invited PM Modi for the swearing-in ceremony, but he could not attend due to schedule constraints. I would appeal Modi Ji and the central government to bless us in improving the lives of Delhiites," he said.