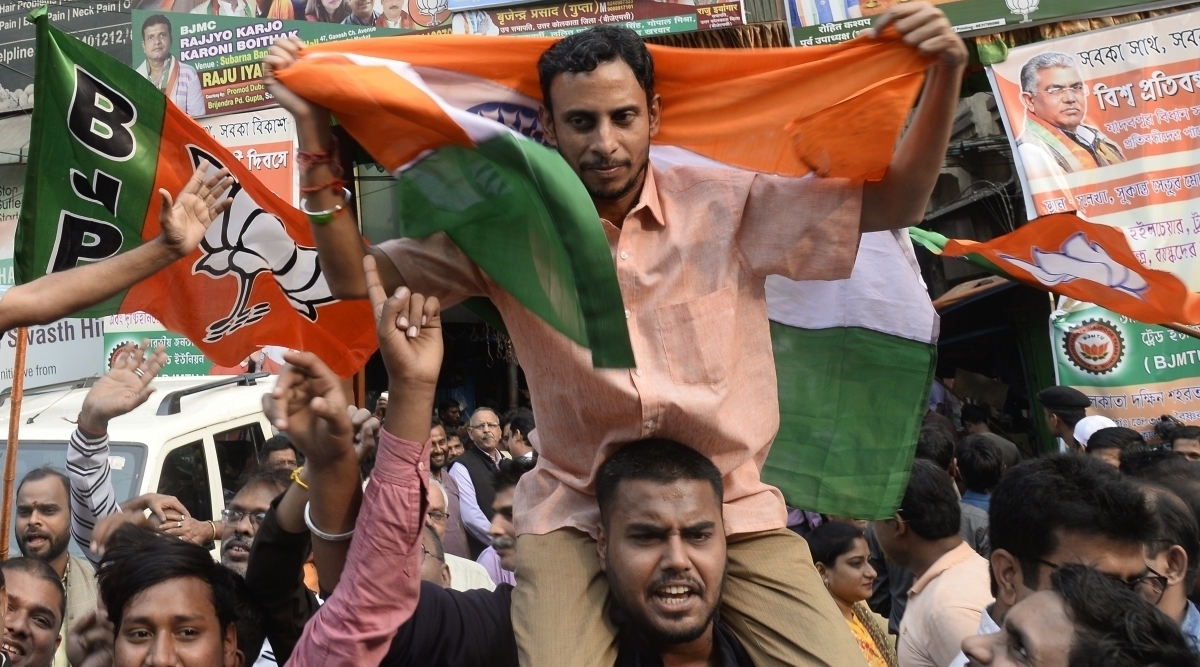 Kolkata: BJP workers celebrate after the Citizenship Amendment Bill (CAB) 2019 was passed in Parliament on Wednesday; in Kolkata on Dec 12, 2019. (Photo: IANS)

Kolkata, December 13: Celebrations, protests, rallies and counter-rallies were organised on the streets of Kolkata and also several other parts of West Bengal, a day after the Citizenship (Amendment) Bill was passed by the Rajya Sabha, on Thursday. While the Congress and a number of civil rights groups railed against the legislation, the BJP workers broke into celebrations outside their state headquarters on Muralidhar Sen Lane. CAB Protest: Assam Remains on The Edge, Two Protesters Dead, Mobile Internet Ban Extended For 48 Hours.

There were tense moments outside the office as a rally of the Congress workers protesting against the CAB passed the road while the celebrations were on there. CAB Passage Jolts Northeast: Why Assam and Neighbouring States Are Up in Protest Against Citizenship Amendment Bill.

The two sides shouted slogans, threw sticks and water bottles at each other, but the police controlled the situation by creating a barricade between the workers of the two parties.

The police had some nerve-racking time after a few hours in the area when some students of Presidency University tried to march to the BJP office with copies of Constitution in their hands.

The police, however, stepped in and stopped them. The students said they wanted to give the constitution to the BJP leadership to make them understand they were flouting it by passing "divisive bills like the CAB".

A number of civil rights groups like the Association for Protection of Democratic Rights and Banglar Sanskriti Mancha organised protests in various pockets of the state. A torch rally was also organised by a civil rights group at South Kolkata's Park Circus against the Bill.