Russia’s last Tzar Nicholas II’s son Alexis, born in 1904, suffered from hemophilia. Any bruise or cut was potentially mortal for him. One man who could stop the bleeding by his hypnotic power was the ill-famous monk Rasputin. Rasputin became a dominating influence at the royal court through this unique personal injury approach. 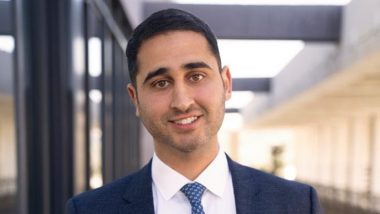 Social contacts are what make us human, along with other less important factors. Active socializing has been the lynchpin and the driving force of evolution. The advent of social media has changed the way we interact with the likes of us.

In the last twenty or so years after the advent of the first social media platforms, socializing has been increasingly shifting towards digital. Half of the world’s 7.7 billion population are present on social platforms, with over 70 percent of the total US population having social network accounts, regardless of age, totaling a staggering 232 million people.

In tune with this universal trend, a new workforce has emerged—models, influencers, and other social media specialists such as copywriters, SEO writers, etc. They make a living off social platforms. And they need to be reckoned with and protected.

Despite the trade’s seemingly safe nature, this new-age workforce is still prone to injury that may incapacitate or render it temporarily unfit to exercise its digital duties. An injury that may be a trifling matter for the average person is magnified when a model, influencer, or celebrity is involved. A new branch of law had emerged to meet this niche demand, with one Los Angeles personal injury lawyer leading the pack.  Introducing attorney David Yerushalmi of Yerushalmi Law Firm, a law firm that specializes in influencer injuries.

Influencer clout on our minds and habits is enormous: we increasingly make decisions about what to wear, read, listen to, eat, travel, etc., based on social media tip-offs. Hence is the role of influencers. Yet, very few attorneys and insurance companies realize the effect social media presence may have on injury claims value. As a result, influencers and models are often put at a disadvantage when their injury cases are treated without regard to the specifics.

Yerushalmi Law Firm is the go-to law firm for such cases; it treats every case understanding the pressure every model or influencer has to live with to look their best every day. A minor bruise or a cut, something a regular person may not even notice, may put an influencer or model out of work for days and deprive of income. A historical analogy best underscores Yerushalmi Law Firm’s role in handling influencer injury cases.

Russia’s last Tzar Nicholas II’s son Alexis, born in 1904, suffered from hemophilia. Any bruise or cut was potentially mortal for him. One man who could stop the bleeding by his hypnotic power was the ill-famous monk Rasputin.  Rasputin became a dominating influence at the royal court through this unique personal injury approach.

The above is not to say that influencers face a mortal threat, but one thing is undeniable: to protect their careers, a unique approach is needed that David’s firm is capable of providing. His academic background attests to his professionalism. David graduated among the top five in his class from the University of Southern California and later attended The Benjamin N. Cardozo School of Law in New York City.

He became familiar with influencers, models, and other creatives at an early age. His first professional encounter with an influencer involved in an accident occurred right after his graduation. David was fast to grasp the opportunity to settle for a significant amount for his client. Since that first case, he has been in the business of handling influencer personal injury cases.

“I can take that human story and present it to the insurance company and show them that what a jury would see in this case is a lot more than just a broken arm or a small burn it’s a woman or a man whose life has been affected,” David says. With a “no win no fee” guarantee and his record-high winning rate in influencer injury settlements, the risk for clients is almost non-existent.