Bars and liquor shops in parts of Kolkata will remain shut partially or completely on five days next week. 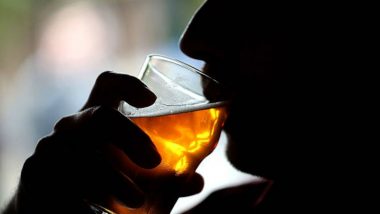 Kolkata, September 24: Bars and liquor shops in parts of Kolkata will remain shut partially or completely on five days next week. It is because of an order issued by the Election Commission in view of the by-election in Bhabanipur where West Bengal Chief Minister Mamata Banerjee is contesting. Of the five days when bars and liquor shops will remain closed, one is dry day on account of Gandhi Jayanti. West Bengal Assembly By-Elections 2021: ‘Mamata Banerjee Will Be Defeated Again in Bhabanipur By-Poll’, Says Hardeep Singh Puri.

Bars and liquor outlets will be closed on September 28 (from 6:30pm), September 29 and September 30 (up to 7:00 pm) and October 2 (Gandhi Jayanti) and October 3. As per the Election Commission's directives, bars and liquor shops should remain closed in a constituency where the by-election is being held. This should start 48 hours prior to the polling and continue till the end of voting. Mamata Banerjee Bound to Win Bhabanipur By-Polls With Huge Margin: HD Kumaraswamy.

Polling for the Bhabanipur by-election will be held on September 30. Therefore, liquor shops and bars will remain shut on September 30 as well as on September 28 and 29 (48 hours prior to polling). As per the Election Commission, the order of closure will be applicable in areas under New Market, Park Street, Shakespeare Sarani, Kalighat, Bhowanipore, Alipore, Chetla, Ekbalpore, Watgunge, Boubazar and few more police stations in north Kolkata.

The only relief for tipplers is that clubs will remain open on October 2. Speaking to Times of India, Sudesh Poddar, who heads the Hotel and Restaurants Association of Eastern India, said the closure of bars would impact the sales, adding that no one can defy the Election Commission's orders.

In Bhabanipur, Mamata Banerjee, who lost to TMC turncoat and BJP leader Suvendu Adhiakri in Nandigram in the recently concluded polls, is contesting. The BJP has fielded Priyanka Tibrewal in the crucial bypoll.

(The above story first appeared on LatestLY on Sep 24, 2021 11:49 AM IST. For more news and updates on politics, world, sports, entertainment and lifestyle, log on to our website latestly.com).