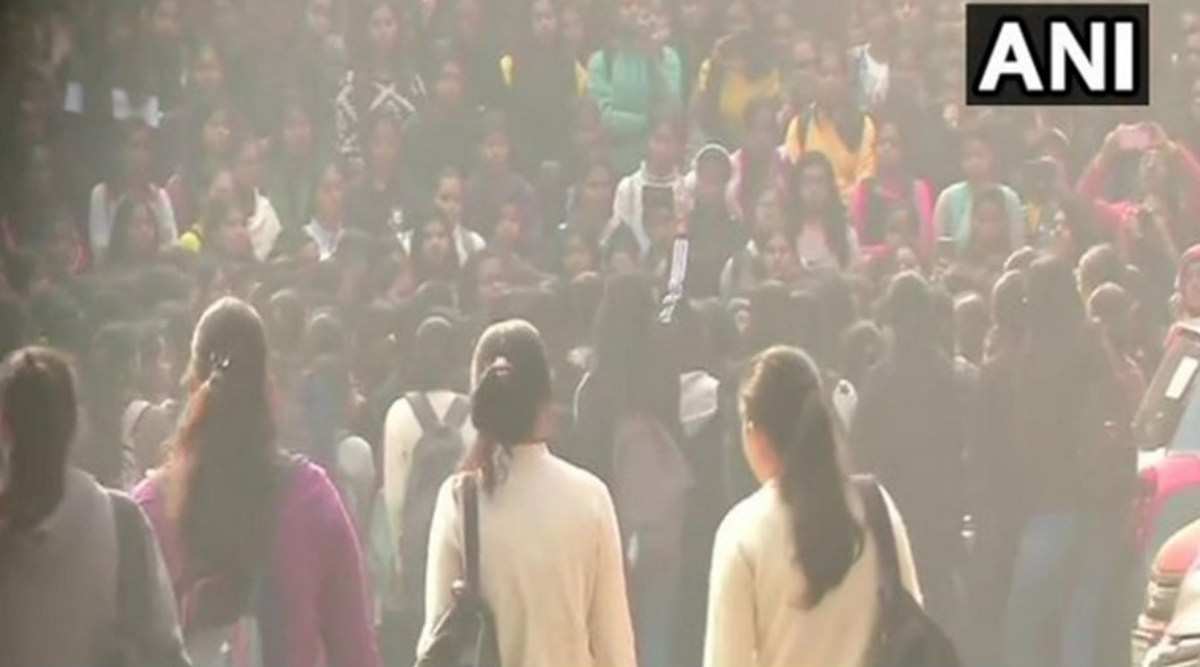 New Delhi, February 10: Scores of students of the all-women Gargi College on Monday held a protest against the alleged molestation of students by a group of men who had gatecrashed a cultural festival.

The Delhi Police said it has launched a probe into the incident and is scanning CCTV footage. Police, however, have not received a complaint in this regard, a senior officer said. Gargi College Fest Mass Molestation: Principal Admits 'Laxity', Apologises to Students; NCW, DCW and Delhi Police Take Cognizance of Sexual Harassment.

Over 100 students held a protest outside the gate of Gargi College on Monday.

Students and teachers posted on social media about the incident. As per their posts, during the college festival, 'Reverie', around 6:30 pm on February 6, groups of unruly, drunk men mobbed the entrances of the college and forced their way in. The students alleged that Rapid Action Force and Delhi Police personnel were deployed close to the gate from where the men allegedly entered.

"There was a complete lapse of security. The students were groped, molested and even assaulted by the men who all appeared to be in their mid-30s. The college had claimed to set up security but I don't think there must have been such an incident in any college campus across the country," a student said on condition of anonymity.

"We have not received a complaint in this regard yet. But we have began a sou-moto enquiry into the incident," the DCP said.

Police are scanning footage of CCTV cameras to collect evidence and speaking to students to ascertain facts, he added. The enquiry is being conducted by Additonal DCP (South) Geetanjali Khandelwal, Thakur said.