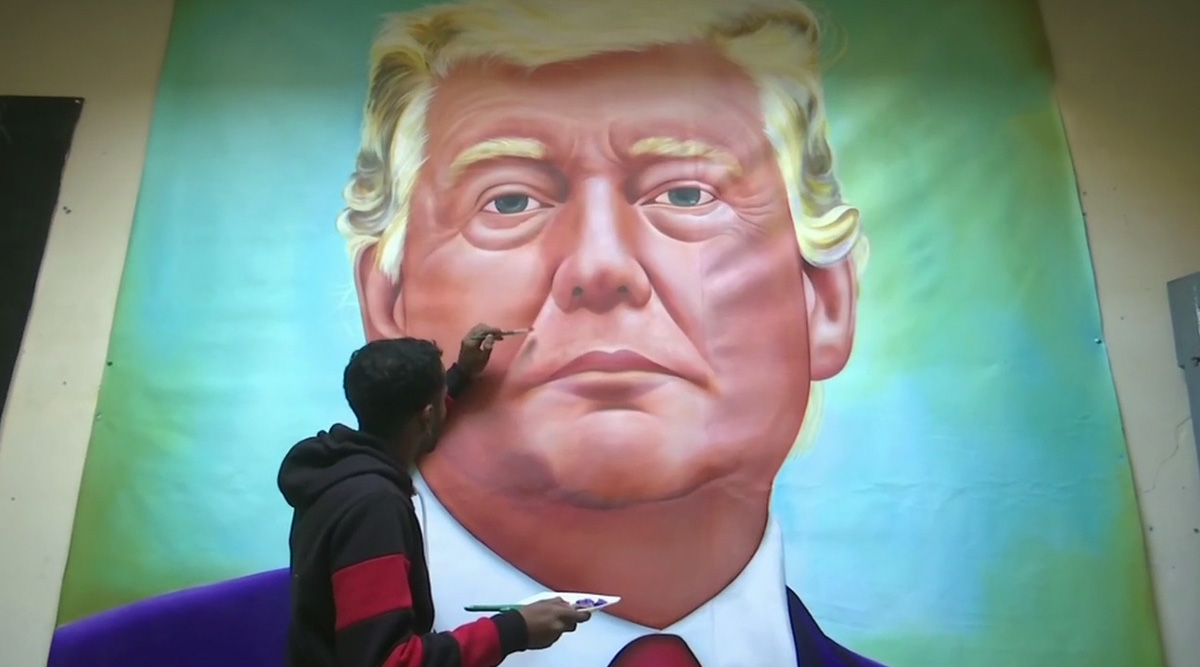 Chandigarh, February 22: Jagjot Singh Rubal, an artist from Punjab's Amritsar made a large-scale painting of United States President Donald Trump who will be visiting India later this month. According to a tweet by ANI, Rubal was seen giving final touches to the portrait of the President of United States who will be on a state visit to India on February 24 and 25.

Rubal, a talented artist from Amritsar, is known for his lifelike portraits and oil paintings. In May 2019, he had made an oil painting of Prime Minister Narendra Modi before he was to take oath for the second consecutive term on May 30, 2019.  The  artist said he wanted to gift the portrait to the Prime Minister once he takes oath. SEE PIC: Donald Trump to Drive in Posh, High-Tech Cadillac One Car on Indian Roads.

Take a Look at the Lifelike portrait of Donald Trump:

Punjab: Jagjot Singh Rubal, an artist from Amritsar gives final touches to the painting of the President of United States of America Donald J Trump who will be on a state visit to India on 24th & 25th February. pic.twitter.com/ibOmNAPANY

In October 2019, the artist had made an oil painting of Mahatma Gandhi ahead of Gandhi Jayanti. The oil painting was 5 feet and 7 inches in size and Rubal took over a week to create the painting and spent Rs 5,000 to prepare it.

In 2018, the Amritsar based artist had painted life like portraits of Prince Harry and Meghan Markle, who got married that year. Rubal planned to gift the portraits to the royal couple as a wedding gift. He said he wanted to gift the painting to the royal couple as a gift. The other famous collection of the artist includes a lifelike portrait of Duke and Duchess of Cambridge, Prince Williams and Kate Middleton and popular Indian couple Virat Kohli and Anushka Sharma.