Donald Trump to Drive in Posh, High-Tech Cadillac One Car on Indian Roads; Know All About The Armoured Limousine Car of The US President; See Pic 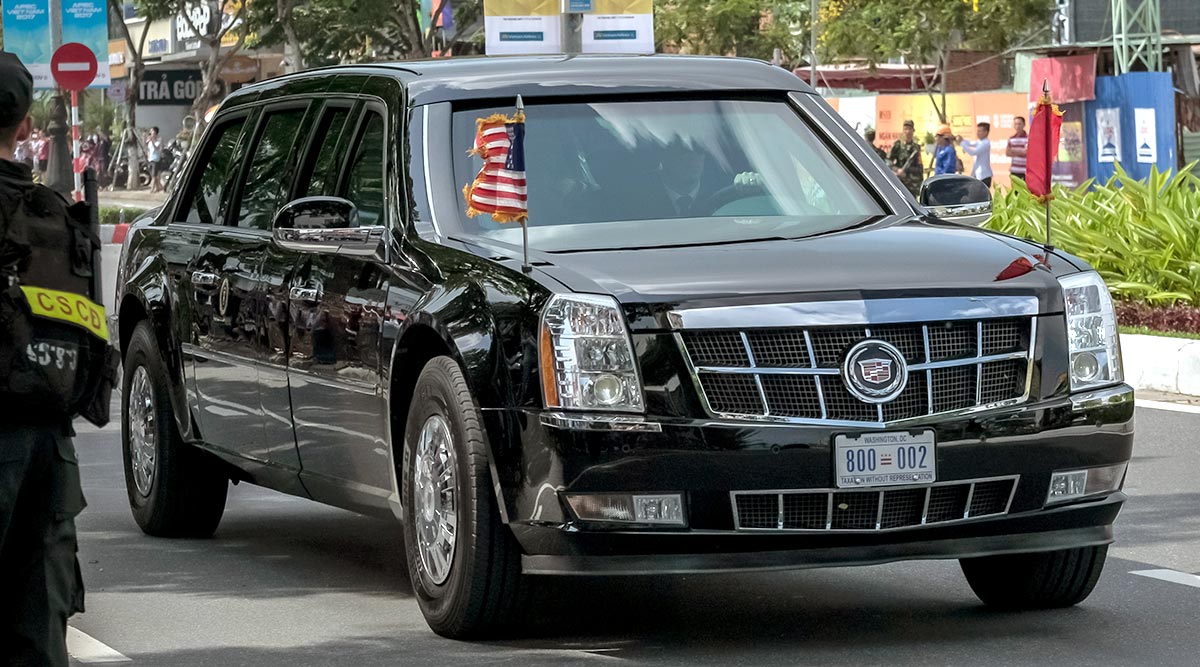 India is all set to welcome Donald Trump, President of the United States of America (USA) and First Lady Melania Trump on a two-day visit later this month. The couple is set to visit India on February 24 and 25 at the invitation of Prime Minister Narendra Modi. During their India tour, Trump and Melania will be travelling places across India in a posh, high-tech car- Cadillac One. The car, that is US President's official specially-designed car, is also known as 'The Beast'. The new Beast entered service in September of 2018 and was first spotted during Trump's visit to the United Nations in New York City (NYC).

According to reports, Trump, who is scheduled to land in Gujarat on February 24, will directly head towards the Sardar Patel Stadium in Motera, in 'The Beast'. The president of the United States travels with the Cadillac One wherever he goes around the world. The Cadillac is fitted with dozens of defence mechanisms to keep The President safe.

When former US President Barack Obama had visited India earlier, he traveled in Cadillac One. The new Cadillac One was inducted into the security detail of President Trump in 2018. Donald Trump Says 'I Like PM Narendra Modi, But Saving Big Trade Deal With India For Later', Watch Video.

Here's All you Need to Know About Cadillac One- The Beast

According to the Ministry of External Affairs (MEA), Trump is expected to attend an event at the Motera Stadium in Ahmedabad on the lines of the 'Howdy Modi' function that was addressed by the US President and Modi in Houston in September last year. A day after the announcement, Modi tweeted that India will accord a memorable welcome to the "esteemed guests" and the visit would go a long way in further cementing India-US friendship.