Police have arrested 18 people in connection with the stabbing of three men and the violence that followed in Kerur town of the district. 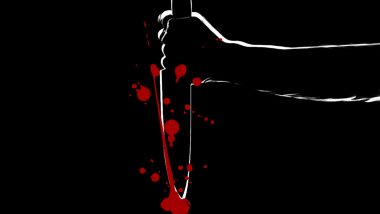 Bagalkot, July 7: Police have arrested 18 people in connection with the stabbing of three men and the violence that followed in Kerur town of the district.

Bagalkot SP Jayaprakash, who is stationed in the town to monitor the situation, on Thursday said that the incident took place against the backdrop of old rivalry and eve teasing. He has also requested the people to refrain from sharing provocative posts on social media handles.

A manhunt has been launched for 15 more people for their involvement in the violence. Four cases have been lodged in connection with the incident and police have rounded up accused from both the sides, SP Jayaprakash stated. Karnataka: Man Arrested for Brutally Assaulting Female Lawyer in Bagalkot.

While a bike, a cart have been burnt in the violence, six bikes were damaged. Five platoons of Indian Reserve Battalion (IRB) have been posted in the town to maintain law and order, he added.

The district administration has clamped prohibitory orders till Friday night in the town and declared holidays for the educational institutions.

Arun Kattimani, Hindu Jagaran Vedike District Secretary and two of his friends were walking towards the bus stop in Kerur town when miscreants who came on bike from behind suddenly stabbed Arun in the back.

He was also assaulted on the head with an iron rod. His friends were also stabbed by the miscreants.

The victims were rushed to the hospital where their condition is stated to be serious.

The agitated crowd torched a shop in vegetable market, damaged bikes and many vegetable carts.

Further investigation is on.

(The above story first appeared on LatestLY on Jul 07, 2022 01:55 PM IST. For more news and updates on politics, world, sports, entertainment and lifestyle, log on to our website latestly.com).