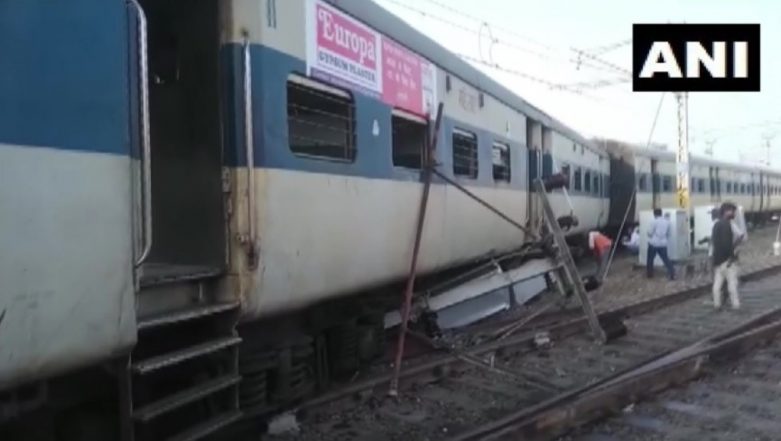 Kanpur, August 28: At least four coaches of a train derailed at Platform number three of the Kanpur Central railway station in Uttar Pradesh. The Lucknow-bound train from Kanpur derailed on Wednesday morning. As the train was moving at a low pace, there was no major accident. No injuries were reported in the incident. The accident took place while changing the tracks.  Chennai-Mangalore Superfast Express Derail Near Shoranur in Kerala.

According to preliminary investigations, the Kanpur-Lucknow local train was coming on platform number three when suddenly the four of its coaches derailed. As soon as the coaches derailed, there was chaos. But no casualty was reported in this accident. Railway officials have reached the spot and repair work is going on.

Four coaches of a train derail at Platform number 3 of the Kanpur Central railway station. No injuries reported. pic.twitter.com/Px244btlsJ

In April, fifteen people were injured when 12 coaches of Howrah-New Delhi Poorva Express derailed near Kanpur. Due to repair work after the incident, 28 trains were diverted and 16 cancelled. The train en route to New Delhi when the incident occurred near Rooma railway station, about 20 km from Kanpur station.