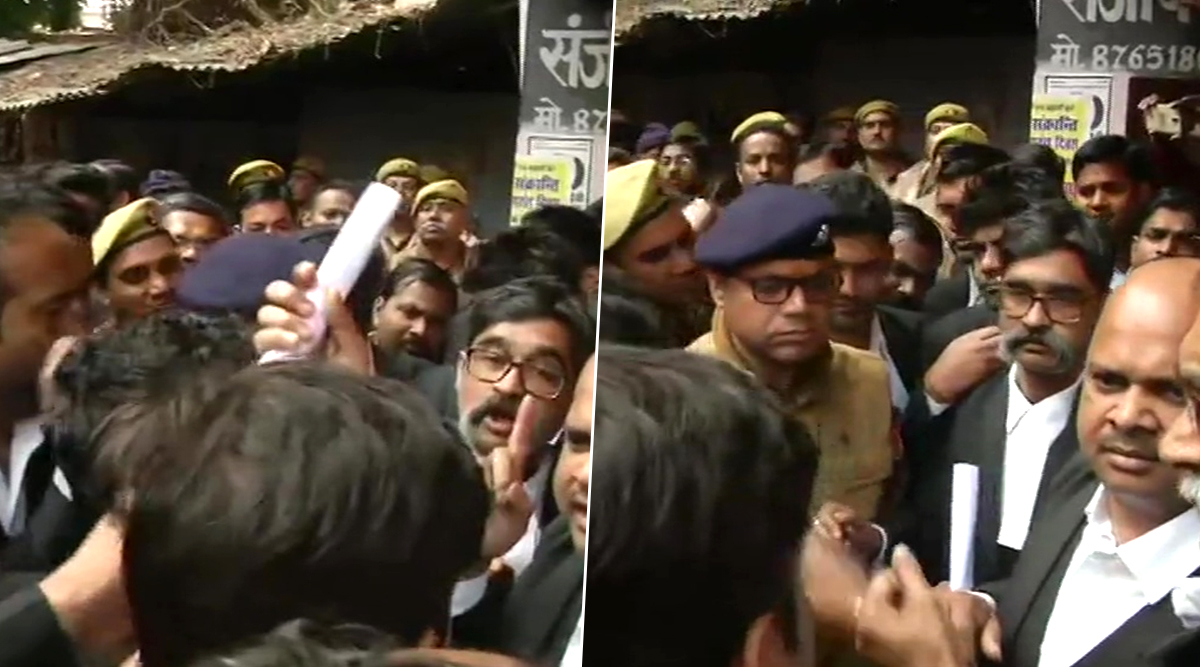 Lucknow, February 13: A bomb explosion took place at a court complex in Lucknow on Thursday. Meanwhile, three live bombs were also recovered from the complex. After the explosion, some lawyers sustained minor injuries. The injured were taken to a nearby hospital. One lawyer was reported to be in a critical condition. Uttar Pradesh: 10 People Killed in Explosion Inside Carpet Factory in Bhadohi.

Police reached the spot and cordoned off the entire area. After the explosion, chaos erupted inside the court complex as many lawyers gathered there to protest against the incident. According to reports, dispute between two lawyers led to the blast inside the complex.  Uttar Pradesh: Two Children Killed in Explosion in Toilet.

#UPDATE Lucknow: Crude bomb was hurled towards chamber of lawyer Sanjeev Lodhi who has blamed another lawyer Jitu Yadav for the incident. Police at the spot https://t.co/X8eJ7SJJbn

A crude bomb was hurled towards chamber of lawyer Sanjeev Lodhi, joint secretary of the Lucknow bar association. Lodhi blamed another lawyer Jitu Yadav for the incident. An investigation was launched into the matter. More details are still awaited.