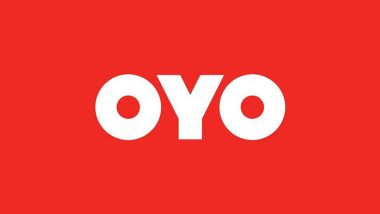 Gurgaon, September 15: An FIR was registered against Ritesh Agarwal, founder and CEO of Oyo Hotels and Homes Private Limited (OHHPL), and Sandeep Lodha, CEO of OHHPL’s brand Weddingz.in, for alleged fraud and conspiracy, according to a Hindustan Times report.

Oyo has, however, refuted all charges against the company. Chandigarh businessman identified as Vikas Gupta alleged that the top management of OHHPL wriggled out an agreement with him with purely criminal intent. An agreement was signed in 2019 with Gupta’s Vikas Mineral Foods Limited (VMFL), which runs the marriage palace Casa Villaz Resorts in Dera Bassi. OYO Rooms Permanently Moves to 'Hybrid Workplace Model' Amid COVID-19 Pandemic.

Gupta held a press conference on Monday, where he said that he had submitted all the documents OHHPL had asked for and after its top management was satisfied with the paperwork the agreement was signed allowing the company to run Casa Villaz Resorts. Things were reportedly running smoothly till the coronavirus outbreak.

Gupta in his complaint alleged that OHHPL sent him a notice on March 3, 2020, to again submit the NOCs and other documents. Gupta said he was given a 15-day notice to reply whereas the agreement clearly mentioned a 30-day notice period to any party wishing to end the agreement. Gupta mentioned that the documents OHHPL had wanted were the ones he had given earlier. Soon, however, OHHPL terminated the agreement.

A case under Section 420 (cheating) and 120-B ( criminal conspiracy) of the Indian Penal Code (IPC) was registered against Ritesh Agarwal and Sandeep Lodha at the Dera Bassi police station.

The company, on the other hand, has refuted all the charges levelled against the founder. Oyo in a statement said that the allegations are -'Baseless, Incorrect & Defamatory in nature.

(The above story first appeared on LatestLY on Sep 15, 2020 08:35 AM IST. For more news and updates on politics, world, sports, entertainment and lifestyle, log on to our website latestly.com).