Shakti Pratap Singh Rathore: A Politician and an Emerging Samaritan

Politics are the middle ground of peace and collaborations within different sections of society and it also sets the standards for expected codes of conduct. Politics often influences the daily lives of the citizens of the state irrespective of their socioeconomic background. 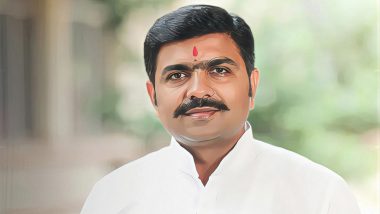 Politics are the middle ground of peace and collaborations within different sections of society and it also sets the standards for expected codes of conduct. Politics often influences the daily lives of the citizens of the state irrespective of their socioeconomic background. Politicians play an important role in mitigating violence by proving inspirations of cooperation and encouragement. Politicians are the biggest factor in the state to help and reach out to the society in terms of influence and leadership, and also bring about a real change in the society in matters such as affordable access to education, healthcare and other essential resources and other forms of economic opportunity creation. Shakti Pratap Singh Rathore is another example of a politician who stands up for the truth and someone who works for the betterment of society.

Born on the 10th of November 1979, in Ajmer, Shakti Pratap was always interested in politics, contesting elections in his university but receiving defeat on his first try. Motivated by his zealous personality and also idolising one of the biggest politician in Rajasthan, Dr. Raghu Sharma, Presently the Health Minister Of Rajasthan, he worked hard and eventually won the presidential election on the NSIU ticket and became the first Congress supported president of Maharishi Dayanand Saraswati University. He eventually progressed to the post of Secretary and Vice President of NSUI and was one of the most popular student activists of Rajasthan.

Shakti Pratap reached his political zenith on being elected as a Congress representative in Panchayat Samiti in 2015 and actively works for the Indian National Congress. He is also the Co-Ordinator of Mahatma Gandhi Jeevan Darshan Samiti, a government non-profit organisation. He has also been on various posts such as

After receiving adept mentoring under Dr Raghu Sharma, he is motivated by the fact that he can actually help people in the society and bring about a real change in the society. Having the dream to create an image of an honest politician, Shakti Pratap has already done many andolans against corrupt officers and politicians. He along with a never to die attitude, is also always backed by his high academic understanding, having received a PhD degree. He makes sure to always use both brains and brawn during the game of politics and has a noble vision to work for the betterment of society.