The district education officer will depute an officer of the state education department to check the complaint boxes once every 15 days. 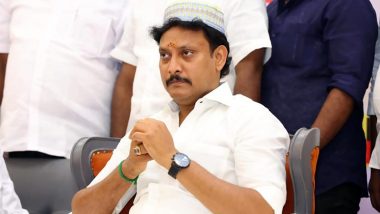 Chennai, May 3: Tamil Nadu School Education Minister Anbil Mahesh Poyyamozhi said on Tuesday that the school students will have sexual awareness sessions for a week from next academic year onwards.

There were several complaints against school teachers and headmasters for having sexually assaulted schoolchildren. The arrest of Shiv Shankar Baba, the self-styled godman who founded the Sushil Hari International School, Chennai was arrested for sexually assaulting school students.

Several students of the school and former students had leveled allegations against Shiv Shankar Baba and following such incidents, the government has directed all schools in the state to install complaint boxes for students to drop complaints against any sexual harassment.

Minsiter Poyyamozhi said that the state education department is focusing more on implementing the State Education Policy (SEP) and has appointed a high-level committee of educationists and experts to formulate a SEP model.

(The above story first appeared on LatestLY on May 03, 2022 06:33 PM IST. For more news and updates on politics, world, sports, entertainment and lifestyle, log on to our website latestly.com).