Trees for Guns: Patiala Residents to Plant 10 Saplings, Submit Photo With Plant After Taking Care of It for a Month to Get Gun Licence 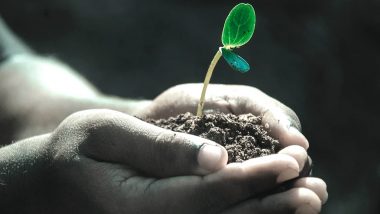 New Delhi, July 30: In a unique initiative, people in Punjab's Patiala will have to plant saplings in order to get a gun licence. Under the 'Trees for Guns' policy, any person, who is willing to get a gun licence, will have to plant 10 saplings. It must be noted that they can plant any sapling except poplar (Cottonwood). According to a tweet by ANI, Divisional Commissioner said that the process of licence will begin only after the individual submits his photo with the plant. However, it is not as easy as it sounds. The Divisional Commissioner added saying that the person has to take care of the plant, click a photo and submit it, following which the process of issuing the licence will be initiated.

"People can plant any tree, except poplar. Process of licence will begin after person submits photo with plant after taking care of it for a month", he said. This means the potential licence applicants need to take photographs with the trees to prove they are taking care of them. The applicant will be considered for licence approval only after this is done. On Valentine's Day, Lovebirds in Patna May Exchange 'Pyaar Ka Paudha'.

Punjab: People in Patiala to plant 10 saplings to get a gun license under 'Trees for Guns' policy. Divisional Commissioner says, "People can plant any tree, except poplar. Process of license will begin after person submits photo with plant after taking care of it for a month." pic.twitter.com/EZsnusfN4w

(The above story first appeared on LatestLY on Jul 30, 2020 03:14 PM IST. For more news and updates on politics, world, sports, entertainment and lifestyle, log on to our website latestly.com).