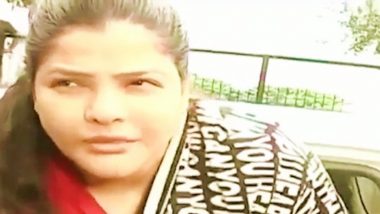 The name of the company is Zamira Sunshines Limited, which was incorporated on March 20, 2015. As per the records of the Registrar of Companies (ROC) under the Union ministry of corporate affairs, the company is involved in real estate activities with own or leased property, which includes buying, selling, renting and operating of self-owned or leased real estate such as apartment building and dwellings, non-residential buildings, developing and subdividing real estate into lots, among others.

According to ED sources, there are two factors for the Zamira Sunshines Limited to come under the scanner of the Central agency. The first reason is the registered address of the company, which is Club Town Heights, 14 BT Road, Block - 5, FLAT - 8A, Kolkata- West Bengal-700056, the same housing complex at Belgharia in the northern outskirts of Kolkata, which houses the flat of Arpita Mukherjee, where from ED recovered huge quantities of cash and gold on July 28. WBSSC Recruitment Scam: Trinamool Secretary General Partha Chatterjee Upset Over Not Being Able To Contact CM Mamata Banerjee Since His Arrest by ED.

The second factor is even more interesting, which is the email ID registered with the company. The email ID is arpmymail@gmail.com, the information of which the ED officials received from a piece of paper that was found in Arpita Mukherjee's falt in the Diamond City housing complex at Tollygunge in South Kolkata, from where the ED recovered huge cash, gold and other treasures on July 23.

(The above story first appeared on LatestLY on Aug 02, 2022 01:39 PM IST. For more news and updates on politics, world, sports, entertainment and lifestyle, log on to our website latestly.com).