Weather Forecast: Heat Wave Conditions Unlikely Across The Country During Next 5 Days 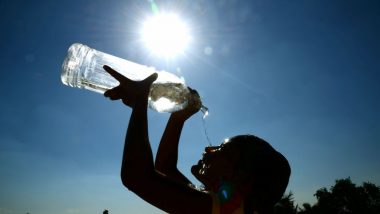 New Delhi, May 11: As per the weather bulletin released by the India Meteorological Department on Tuesday, the country is unlikely to face heat wave condition during the next five days. Jammu and Kashmir is likely to receive isolated heavy rainfall on May 12, Himachal Pradesh and Uttarakhand on May 12 and May 13. Punjab is also likely to experience heavy rainfall on May 13. Delhi Records February's Warmest Day in Past 15 Years at 32.5 Degrees Celsius.

Kerala and Lakshadweep island are likely to receive heavy to very heavy rainfall on May 14 and May 15, while Tamil Nadu and South Karnataka. IMD has also advised fishermen against venturing out to the southeast Arabian Sea and adjoining Maldives, Comorin and Lakshadweep area, Kerala coast from morning of May 13 and east central Arabian sea and along and off Karnataka-Goa and Maharashtra and Goa coasts from May 14.

(The above story first appeared on LatestLY on May 11, 2021 06:43 PM IST. For more news and updates on politics, world, sports, entertainment and lifestyle, log on to our website latestly.com).