What is FinCen Files Leak? What Could be The Implications in India?

In India, the Financial Intelligence Unit-India (FIU-IND) is the counterpart of US' FinCen. Whistleblowers are expected to ask whether the suspicious transactions in which domestic branches of Indian lenders were involved were also red-flagged before the FIU. If yes, was any action initiated? 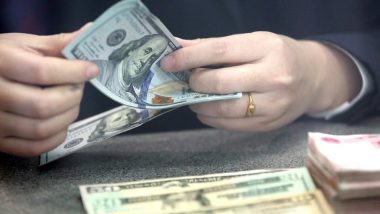 New Delhi, September 22: The International Consortium of Investigative Journalists (ICIJ), in coordination with the US-based Buzzfeed News, has launched another crusade against alleged money launderers and those reaping undue benefits of "safe tax havens". Termed as the FinCen Files leak, the fresh revelations are based on the red-flags raised before the United States' top financial regulator between 1999-2017. 'FinCen Files' Reveal Nepali Banks, Companies Acted as Channels for Iran and China to Deceive US Sanctions.

What Exactly is FinCen Files Leak?

The FinCen files refer to over 2,100 suspicious activity reports (SARs) filed by public and private banks before the Financial Crimes Enforcement Network (FinCEN) - a wing of the US Treasury Department.

The reports point towards transactions which could be possible cases of money laundering, financial fraud, terror funding or drug dealing. What has raised eyeballs is the fact that the total quantum of transactions, that has come under the scanner of FinCen, is around $2 trillion.

Before Proceeding Further, Know What is SAR

SAR or suspicious activity report is necessitated to be filed by banks operating in the US before FinCen. The reports, based on suspicious bank transactions of significant amounts - and between entities whose nature of business dealing is obscure - is filed each each month.

For instance, remittances made of more than $100,000 or a diamond processing company making huge payments to a pizzeria can also come under the scanner. In case the SARs are not filed, FinCen is mandated to slap hefty penalties on the lenders. Most recently, such fines were levied on the Deutsche Bank, HSBC and Standard Chartered Bank, among others.

Can SARs Indict Firms or Individuals?

No, the suspicious activity report in itself cannot indict an organisation or individual involved in the alleged dubious transactions. But the SARs provide the financial watchdog with the first credible lead to bring a firm or entity under the scanner. The data is used by law-enforcement authorities including the FBI, US Immigration and Customs to detect cases of financial crime.

What Could be The Implications of FinCen Files Leak in India?

The FinCen files leak have pointed towards a strong India connection, with 44 Indian banks being reportedly named in the set of secret data. A number of Indian companies have also come under the scanner of the US financial watchdog. In the second part of investigation released by The Indian Express, an international arm of Adani Group was reported to have been red-flagged in one of the SARs filed by NY Bank.

What is Adani Group's Link to FinCen Files?

Adani Global PTE, the Singapore-based international arm of India-headquartered Adani Group, is under scrutiny for a purported transaction allegedly amounting to $14.46 million. The "payments" were made to Thionville Financier Ltd, an entity based in Seychelles. The transactions with the alleged "shell-like" company was red-flagged by the Bank of New York Mellon's (BNYM). The spokesperson of Adani Group, however, clarified that the payment was legitimate. "Our commercial transaction with Thionville Financier Limited is completely legitimate and the same has been fully disclosed to the authorities in the respective jurisdiction," said the statement issued by the spokesperson.

When I tweeted two years ago that Adani was a "trapeze artist" in finance, there was a howl from BJP IT's fake ID specialists. Today Indian Express has published a US investigation in Seychelles that Adani has been engaged in “suspicious” financial “laundering" & “sanitisation”.

Questions May be Raised at India's Regulatory Framework

With 44 Indian banks including top private lenders, and a number business entities being named in the FinCen files, a possibility exists that questions may be raised at India's regulatory framework as well. In India, the Financial Intelligence Unit-India (FIU-IND) is the counterpart of US' FinCen. Whistleblowers are expected to ask whether the suspicious transactions in which domestic branches of Indian lenders were involved were also red-flagged before the FIU. If yes, was any action initiated?

(The above story first appeared on LatestLY on Sep 22, 2020 04:28 PM IST. For more news and updates on politics, world, sports, entertainment and lifestyle, log on to our website latestly.com).