Zomato Delivery Executive Over Customer Stand, Says 'I Am Hurt, But What Can I Do'

"I am hurt, but what can I do ... we are poor people," said the Muslim delivery executive from food aggregator Zomato who is a key character in the raging debate on social media over bigotry. 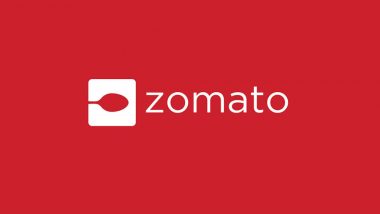 Jabalpur, Aug 1: "I am hurt, but what can I do ... we are poor people," said the Muslim delivery executive from food aggregator Zomato who is a key character in the raging debate on social media over bigotry.

Faiyaz, a food delivery executive with Zomato, was assigned the task of completing an order placed by Amit Shukla, a resident of Jabalpur. However, on Tuesday night, Shukla tweeted about cancelling his order placed on Zomato as the designated rider was a "non-Hindu". Zomato Shuts Down Bigoted Customer Who Cancelled Food Delivery From Non-Hindu, Says 'Food Doesn't Have Religion', Wins Hearts.

"Just cancelled an order on @ZomatoIN they allocated a non hindu rider for my food they said they can't change rider and can't refund on cancellation I said you can't force me to take a delivery I don't want don't refund just cancel," Shukla tweeted.

However, the company stood its ground and refused to change the delivery executive. Uber Eats Backs Zomato For Standing Up Against Bigoted Customer Who Refused Food Delivery From 'Non-Hindu'.

"Food doesn't have a religion. It is a religion," the company tweeted in response to the customer's request for change of the rider.

Narrating the sequence of events, Faiyaz said, "I called the person who had placed the order to know the location of his house. But he said he had cancelled the order.

Asked about the customer's refusal to take delivery from him, the Zomato executive admitted he is feeling hurt over whatever happened.

"Han hurt to hue hai. Ab kya bolenge sir, ab log jaisa bolenge..sahi hai is par kya kar sakte hai gareeb log hai... sahna padega sir (Yes I feel hurt. What can I say sir, whatever people say...its okay what I can do in it... we are poor, we have suffer)," he said.

On the other hand, Shukla appeared unrepentant.

"Do my freedom of expression and religion not fall under the idea of India?" he said when a news channel asked him about his reaction to Zomatos reply to his request to change the rider.

"At present, the pious month of Shravan is going on and it is a matter of my personal choice," Shukla said, justifying his stand.

Zomato founder Deepinder Goyal echoed his company's stand with a firm message. "We are proud of the idea of India - and the diversity of our esteemed customers and partners. We aren't sorry to lose any business that comes in the way of our values," he tweeted.

Zomato's response won it many admirers. "Respect. I love your app. Thank you for giving me a reason to admire the company behind it," former Jammu and Kashmir Chief Minister Omar Abdullah tweeted.

Goyal had in an internal message to his team at Zomato applauded the customer team for "upholding our values and not discriminate on basis of caste or religion for sake of growth (or customer satisfaction)".