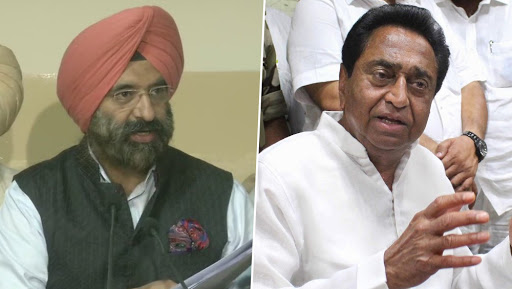 Chandigarh, September 9: Shiromani Akali Dal leader Manjinder Singh Sirsa on Monday attacked Congress on the anti-Sikh riots and sought Madhya Pradesh Chief Minister Kamal Nath be sacked from his post. Sirsa stated that they have two witnesses who are ready to depose before SIT and demanded security for them from the government.

Addressing a press conference, SAD leader Manjinder Singh Sirsa stated that they have two witnesses ready to depose before the Special Investigation Team -- probing the 1984-anti Sikh riots. He said, "2 witnesses are ready to depose. We talked to them today, they've agreed to depose before SIT whenever they are called. We talked to SIT today. They said they would give us a specific date." Uttar Pradesh Govt to Withdraw Cases Against BJP MLA Sangeet Som Including Muzaffarnagar Riot Case

Adding on, Sirsa demanded that Congress president immediately sacks Kamal Nath from Madhya Pradesh's CM post. He said, "We demand that Congress president immediately takes resignation of Kamal Nath & oust him from his post so that the Sikhs get justice. We also demand that the two witnesses be given security as they will testify against a CM in connection with a massacre."

Earlier, Punjab Chief Minister Captain Amarinder Singh in August slammed SAD president Sukhbir Singh Badal for his statement on former Prime Minister Rajiv Gandhi. The casualties -- as per the official reports during Operation Blue Star were -- were 83 Indian Army jawans and 492 civilians throughout the whole Operation.