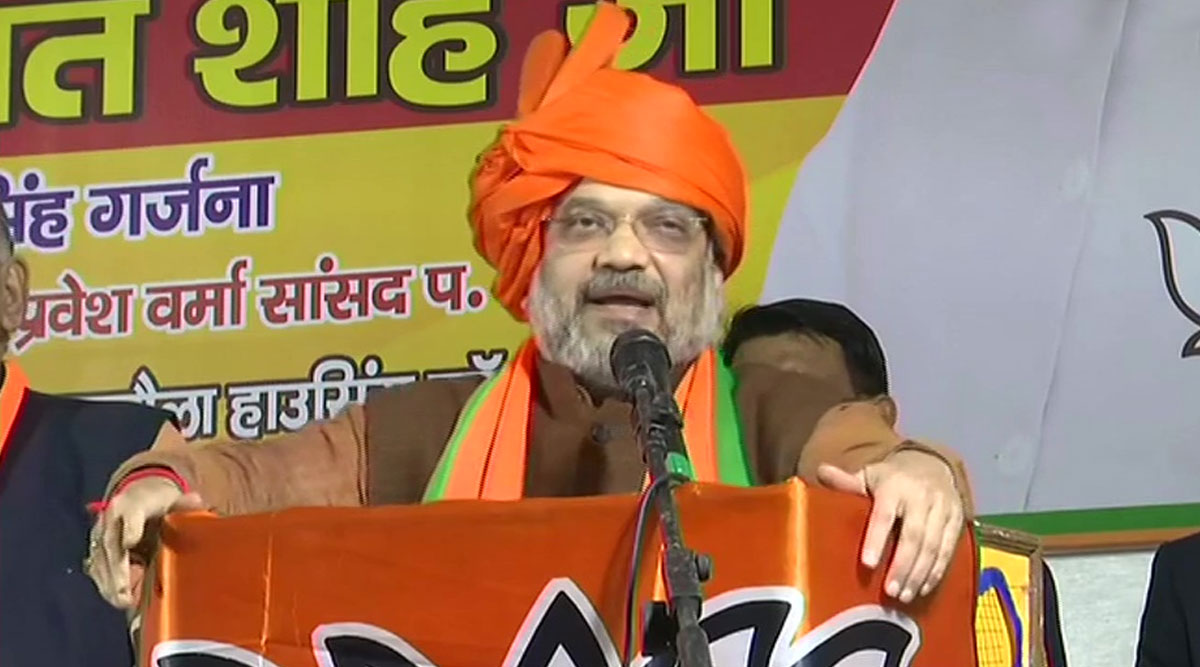 New Delhi, February 11: Hitting out at Bharatiya Janata Party (BJP) veteran and Union Home Minister Amit Shah, the Communist Party of India (Marxist) demanded his apology for allegedly leading a vitriolic campaign in Delhi. The results of the high-stake assembly polls in the national capital were declared today, and the BJP was dealt with a crushing defeat. Called a 'Terrorist' by BJP, Arvind Kejriwal Retains Power, Silences Critics.

The CPI(M) issued a statement demanding an apology from Amit Shah, accusing him of acting as the "Hate Minister" during the Delhi campaign trail rather than the Union Home Minister. The party further alleged that Shah fueled communal tensions and hysteria by presiding over an "extremist communal campaign" to unseat the ruling Aam Aadmi Party (AAP) from power.

The campaign in Delhi, in the last lap, witnessed communal overtures being made by the BJP. Senior party leaders including Union Minister Anurag Thakur and West Delhi MP Parvesh Sahib Singh Verma, along with BJP Model Town candidate Kapil Mishra, were punished by the Election Commission for alleged hate speech.

In the results declared today by the Election Commission, the AAP ended up winning 62 out of the 70 seats in the national capital -- five less than it had won in 2015. The BJP, despite leading an aggressive campaign, could only improve its tally from 3 to 8 constituencies. The Congress ended up once again drawing a blank.