Delhi Assembly Elections 2020 Results: Counting of Votes to Begin at 8 AM; Will AAP Retain Power or Can BJP Spring a Surprise? 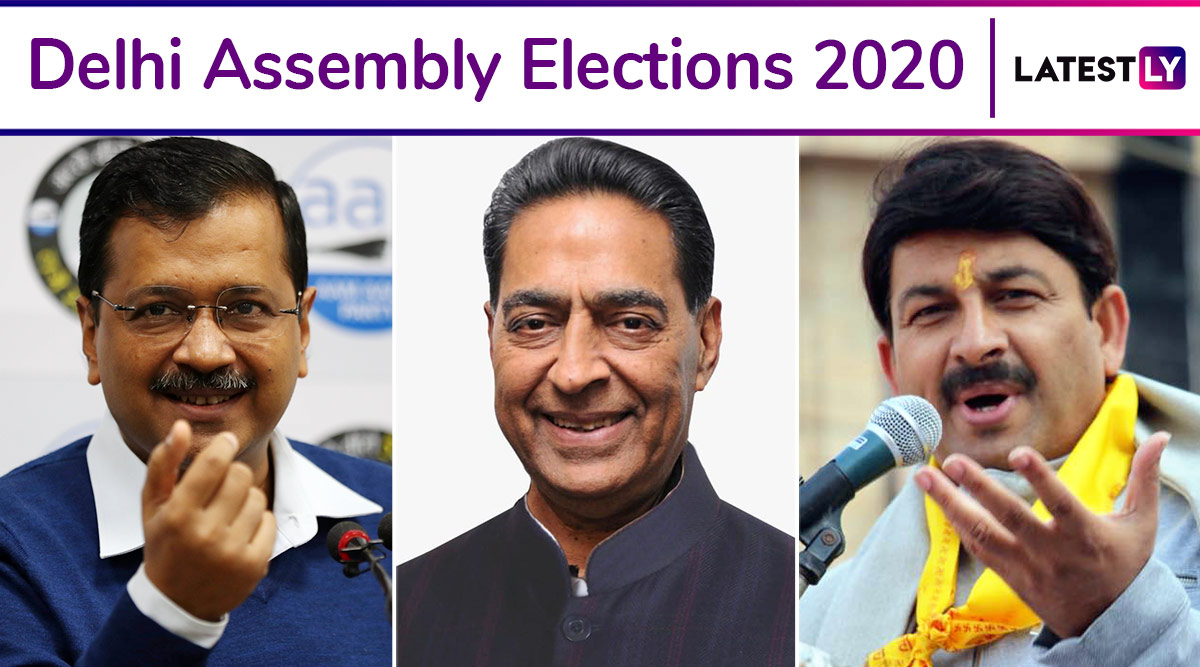 New Delhi, February 11: The counting of votes for the Delhi Assembly Elections 2020 results will start at 8 am today. Polling for the 70-seat Delhi Assembly took place on February 8, recording a voter turnout of 62.59 percent. The Election Commission has made tight security arrangements ahead of the counting of votes. The aggregate of all major exit polls released on Saturday predicted that Delhi Chief Minister Arvind Kejriwal will return and his Aam Aadmi Party (AAP) will virtually sweep the Assembly elections. Delhi Assembly Election Exit Poll Results 2020: AAP to Retain Power With Decisive Majority, BJP Distant 2nd, Predicts Poll of Polls.

Trends on the Delhi Assembly elections will start coming in soon after the counting starts around 8 am. The post-election surveys predicted a victory in up to 61 seats for the Arvind Kejriwal-led party, hinting at an absolute pro-incumbency sentiment in favour of the Delhi Chief Minister. India Today-Axis Exit poll, that has been on point since Lok Sabha Elections 2019, gave AAP a massive 59-68 seats. It is a complete sweep for the AAP if one goes by this exit poll. It gave the BJP anything between two to 11 seats and predicted zero for the Congress.

On Sunday morning, Kejriwal questioned the Election Commission over the delay in the official declaration of the voting percentage. Kejriwal had tweeted saying, "It was "absolutely shocking" that the poll panel did not come out with the figure several hours after polling got over.  To this, EC replied saying that it is “not unusual or uncommon” for the voter turnout to be officially declared the day after elections, further adding that multiple levels of scrutiny had led to the delay. In 2020, the voting percentage was about 2 percent more than last Lok Sabha elections and 5 percent less than the 2015 Assembly polls turnout. Delhi Assembly Elections 2020: 62.59% Recorded as Final Voter Turnout, Delay in Announcement Due to Scrutiny, Says EC.

According to the Election Office, the votes cast in the 6 assembly constituencies of Trilokpuri, Kondli, Patparganj, Laxmi Nagar, Krishna Nagar and Gandhi Nagar in East Delhi will be counted at the Common Wealth Games Sports Complex near Akshardham Temple. On the other hand, the votes cast in Vikaspuri, Matiala, Najafgarh, Palam, Uttam Nagar, Dwarka and Bijwasan constituencies of South West Delhi will be counted at the IITs at Dwarka Sector-9 and SCERT, Government Co-educational Higher Secondary School at Dwarka Sector-6.

In the last Delhi assembly election in 2015, the AAP won 67 of the 70 seats, with a total vote-share of 54 per cent. All eyes will be on the counting today to see if the exit poll prediction comes true and AAP manages to retain its power in the national capital.