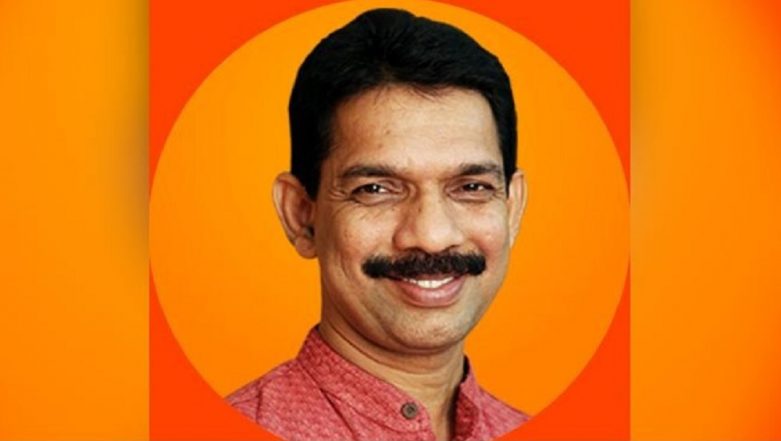 New Delhi, May 17: The row triggered over Nathuram Godse being called "Hindu terrorist" by actor-politician Kamal Haasan, has now dragged in late former Prime Minister Rajiv Gandhi. A BJP lawmaker from Karnataka not only drew parallels between Mahatma Gandhi's assassin Godse and Rajiv Gandhi, but also described the latter as worse than him.

In his rant on social media, BJP MP Nalin Kumar Kateel also compared Gandhi with 26/11 terrorist Ajmal Kasab. Asking users on Twitter who was "more cruel", the parliamentarian said Kasab was responsible for death of "72 people", but Rajiv Gandhi ended up "killing 17,000". Godse Remark Row: Kamal Haasan Says ‘Not Afraid of Being Arrested, Every Religion Has Its Own Terrorist’

Kateel's remarks have been condemned by social media users, who called it "defamatory" to call Rajiv Gandhi the assassin of scores of Sikhs who died in communal clashes in 1984.

"Nathuram Godse was a deshbhakt (patriot), is a 'deshbhakt' and will remain a 'deshbhakt'. People calling him a terrorist should instead look within, such people will be given a fitting reply in the election," she said.

Sadhvi Pragya later clarified her statements after being reprimanded by the BJP high command. She called Mahatma Gandhi's contribution for the nation unparalleled, while expressing regret for unintentionally hurting sentiments through her remark praising Godse.