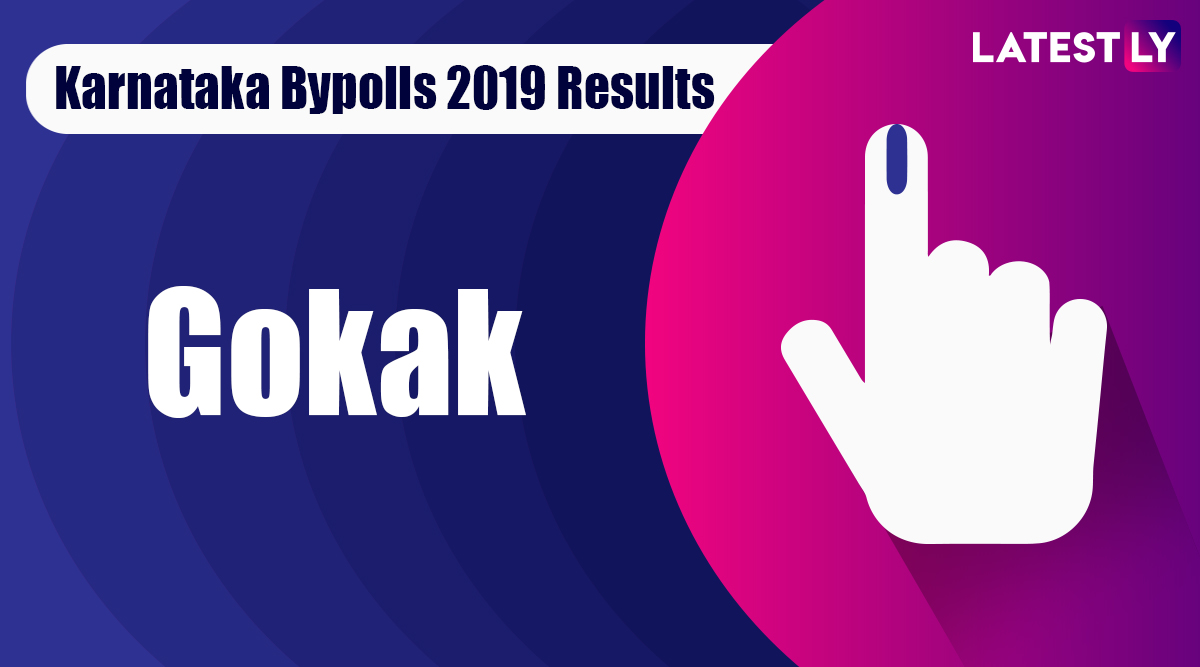 Bengaluru, December 9: Jarkiholi Ramesh Laxmanrao of the Bharatiya Janata Party (BJP) has won the Gokak assembly seat in Jharkhand.  Laxmanrao has defeated Lakhan Laxmanarao Jarakiholi of the Congress party by a margin of 29,006 votes. The counting of votes and result for the Gokak assembly constituency in Karnataka began at 8 am on Monday. This time, this  constituency, located in Belagavi, reported an increase in voter turnout. In the Gokak constituency, there are a total of 2,38,221 voters where  1,16,816 are male and 1,20,085 are female and 15 others. For the bypolls, Congress had given its ticket to its candidate Lakhan Jarkiholi while Ramesh Jarkiholi had fielded by BJP. Meanwhile, Ashok Pojari was fielded by the JD(S) from the 2019 Bypoll in Karnataka.

In Karnataka, voting for 15 assembly constituencies was held on December 5. An estimated 62.18 per cent average voting was registered in the crucial by-elections. The major parties contesting in these polls- BJP, Congress and JD(S). Apart from BJP and Congress which has fielded candidates in each of 15 seats, there are over 100 independents also contesting in these by-polls. JD(S) has contesting on 12 seats. Ahead of the bypolls, former Karnataka deputy chief minister G Parameshwara had said that there is a possibility of Congress-JDS alliance in Karnataka after the by-poll results.

At present, Jarkiholi Ramesh Laxmanrao is the sitting MLA in the Gokak constituency. In 2013 the seat witnessed a voter turnout of 71.76%. In the 2013 Karnataka Assembly Elections, Congress had won this seat with a margin of 28,005 votes.