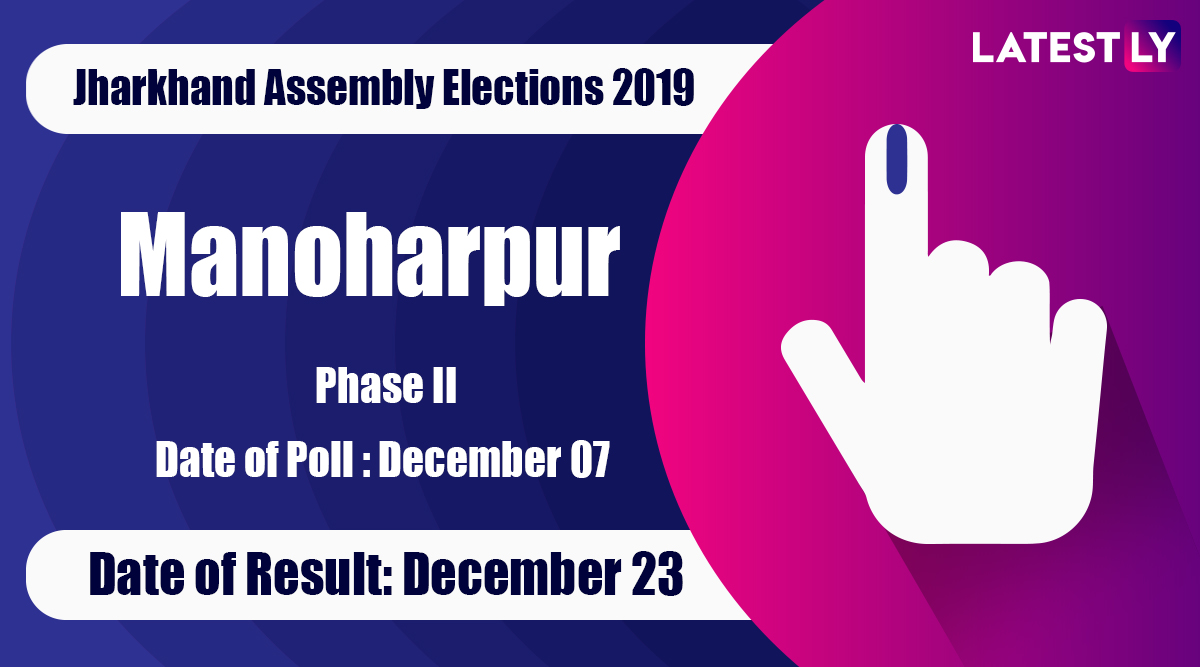 Ranchi, December 23: Manoharpura (ST) is among the 20 constituencies which were contested in the second phase of Jharkhand assembly elections 2019, scheduled on December 7. The seat, along with other vidhan sabha segments of Jharkhand, primarily witnessed a battle between the ruling Bharatiya Janata Party (BJP) and the alliance of Congress, Jharkhand Mukti Morcha (JMM) and the Rashtriya Janata Dal (RJD). Jobi Majhi of the JMM has been declared the winner from the constituency. Check Highlights of Jharkhand Assembly Election Results 2019.

In the polls held in Manoharpur (ST) constituency of Jharkhand in 2014, Jobha Majhi of the JMM was elected the winner. She has been retained as the party candidate for this round of the elections. The All Jharkhand Students' Union (AJSU) has issued the ticket to Birsa Munda, whereas, the Jharkhand Vikas Morcha (JVM) candidate from the constituency is Sushila Topo.

Results of the election in Manoharpur, along with all other constituencies of Jharkhand, will be declared on December 23. The state is being contested in five phases, with the last scheduled to take place on December 20.

In the 2014 assembly polls, the BJP emerged the single largest party winning 37 out of the 81 seats. With AJSU, which won 5 seats, the party successfully staked claim to form government. The JMM and Congress were reduced to 19 and 6 seats, respectively.